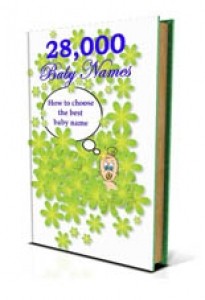 Avoid names that begin with the same letter. If you name one child Jane Smith and the other Joanne Smith, it may cause difficulty in later years. Belongings of the child that have the child's initials on them may be confused with the other. Later on, a letter might come one day for Miss J Smith. This could bring about awkward situations and disputes if the contents of the letter are private and the wrong person opens it.

If you gave your first child an uncommon name, try not to give your next child an ordinary or average name. As they mature, they might wonder why their name did not get as much consideration and creative thinking as their older sibling's. Give as much thought as you gave into naming your first into naming your second.

As tempting as it is, when having twins do not give them names that are alike. Especially when you have identical twins, they will feel that their name is one of the few things that give them their individuality from their twin. Naming one Christopher and the other Christine (both can be dubbed Chris for short) is not a very good idea.

Giving your children names that are related but seemingly different is an ideal way of naming your kids. Aidan and Nadia is a good choice if you have a boy and a girl because they are actually the same word, reversed. Amy and May are anagrams. Eve and Zoe, however different they may seem, are very similar. They both mean 'life', one in Hebrew and the other in Greek.