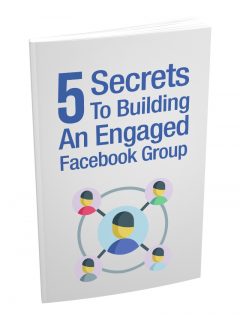 It is FAR better to have 100 fans that read and like every post you share, than it is to have 1,000,000 followers that never actually engage with any of your content. With a product that nets you $20 profit, the first group will likely earn you around $200 for a promotional post, while the latter will earn you ZERO.

In the book “1,000 True Fans”, author Kevin Kelly explains that a business can succeed and even thrive as long as it has 1,000 ‘true’ fans.

What he means by this, is that if your fanbase is engaged and passionate enough, then it will be enough for you to sustain your business. They will buy enough products and services to keep you afloat, but more importantly: they will also become brand ambassadors who go out and spread the word, thereby bringing even more people to your site. Once you cross that 1,000-fan threshold, you can get big. Getting to that point is the hard part. Reaching an audience of 1 million people is easy: you just need the advertising budget. Turning 1,000 of those people into fans though is hard.

And that’s where the Facebook group comes in. Yes: Facebook groups – not pages – are your secret weapon for galvanizing your following and turning them into highly engaged fans. That’s because Facebook groups allow you to talk to your followers directly and to create conversations. It creates a community, and it lets your audience feel as though they ‘belong’ to something. That way, your brand becomes part of their identity.

This is the difference between a company like Apple – that has genuinely loyal fans who love what it stands for – and a company like Asus. That is a good company… but… yeah. Now the next question: how do you make your Facebook group a massive success? Here are the five secrets you need to know! These are the five things that business and blog owners need to know in order to utilize this truly powerful tool and outperform their competition.

The first secret to making a highly successful Facebook group is to make it a secret group. You will select this setting in the privacy options, and it will mean that people can’t see what you’ve posted unless they have also joined. Why is this important? Firstly, because it makes people curious. People naturally want what they can’t have, this is an in-built evolutionary aspect of our psychology, and it’s something that you can use to your advantage.

Moreover, having an exclusive group makes it more appealing simply because it is less readily available. People like to think of themselves as VIP and important, and again, this comes from a strong evolutionary imperative to ‘fit in’. Simply causally referring to your group as a ‘VIP group’, or talking about the members as your ‘VIPs’ can be enough to create a strong incentive for people to join up.

At the same time though, having an exclusive group – particularly early on.

One of the easiest ways for your Facebook group to fail is for it to look overly empty. This is something that many brands fall afoul of and it can immediately turn off many of their potential members.

Imagine that you’ve been encouraged heavily by a brand to sign up to a Facebook group. Eventually, you relent and do so. And what do you find? Nothing! It’s a big empty group where no one really posts. You post in there and there is no answer. You notice there are only three members…

So, what do you do? You leave! And not only have you now left the group, but your opinion of the brand has also probably gone down a notch. Seems the brand lacks the impact to build a big following! Again, it’s about social signals. And in this case, the strong social signal is: your brand stinks!

Keeping your group private will mitigate this somewhat, because it makes it seem as though you did that on purpose. But what’s also important, is that the members who are there be as active as possible. It only takes a few highly active members for you to then gain the kind of momentum and progress that you need in order to be highly successful.