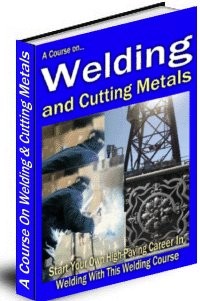 Preheating.--The practice of heating the metal around the weld before applying the torch flame is a desirable one for two reasons. First, it makes the whole process more economical; second, it avoids the danger of breakage through expansion and contraction of the work as it is heated and as it cools.

When it is desired to join two surfaces by welding them, it is, of course, necessary to raise the metal from the temperature of the surrounding air to its melting point, involving an increase in temperature of from one thousand to nearly three thousand degrees. To obtain this entire increase of temperature with the torch flame is very wasteful of fuel and of the operator's time. The total amount of heat necessary to put into metal is increased by the conductivity of that metal because the heat applied at the weld is carried to other parts of the piece being handled until the whole mass is considerably raised in temperature. To secure this widely distributed increase the various methods of preheating are adopted.

As to the second reason for preliminary heating. It is understood that the metal added to the joint is molten at the time it flows into place. All the metals used in welding contract as they cool and occupy a much smaller space than when molten. If additional metal is run between two adjoining surfaces which are parts of a surrounding body of cool metal, this added metal will cool while the surfaces themselves are held stationary in the position they originally occupied. The inevitable result is that the metal added will crack under the strain, or, if the weld is exceptionally strong, the main body of the work will he broken by the force of contraction. To overcome these difficulties is the second and most important reason for preheating and also for slow cooling following the completion of the weld.

There are many ways of securing this preheating. The work may be brought to a red heat in the forge if it is cast iron or steel; it may he heated in special ovens built for the purpose; it may be placed in a bed of charcoal while suitably supported; it may be heated by gas or gasoline preheating torches, and with very small work the outer flame of the welding torch automatically provides means to this end.

The temperature of the parts heated should be gradually raised in all cases, giving the entire mass of metal a chance to expand equally and to adjust itself to the strains imposed by the preheating. After the region around the weld has been brought to a proper temperature the opening to be filled is exposed so that the torch flame can reach it, while the remaining surfaces are still protected from cold air currents and from cooling through natural radiation.

One of the commonest methods and one of the best for handling work of rather large size is to place the piece to be welded on a bed of fire brick and build a loose wall around it with other fire brick placed in rows, one on top of the other, with air spaces left between adjacent bricks in each row. The space between the brick retaining wall and the work is filled with charcoal, which is lighted from below. The top opening of the temporary oven is then covered with asbestos and the fire kept up until the work has been uniformly raised in temperature to the desired point.

When much work of the same general character and size is to be handled, a permanent oven may be constructed of fire brick, leaving a large opening through the top and also through one side. Charcoal may be used in this form of oven as with the temporary arrangement, or the heat may be secured from any form of burner or torch giving a large volume of flame. In any method employing flame to do the heating, the work itself must be protected from the direct blast of the fire. Baffles of brick or metal should be placed between the mouth of the torch and the nearest surface of the work so that the flame will be deflected to either side and around the piece being heated.

The heat should be applied to bring the point of welding to the highest temperature desired and, except in the smallest work, the heat should gradually shade off from this point to the other parts of the piece. In the case of cast iron and steel the temperature at the point to be welded should be great enough to produce a dull red heat. This will make the whole operation much easier, because there will be no surrounding cool metal to reduce the temperature of the molten material from the welding rod below the point at which it will join the work. From this red heat the mass of metal should grow cooler as the distance from the weld becomes greater, so that no great strain is placed upon any one part. With work of a very irregular shape it is always best to heat the entire piece so that the strains will be so evenly distributed that they can cause no distortion or breakage under any conditions.

The melting point of the work which is being preheated should be kept in mind and care exercised not to approach it too closely. Special care is necessary with aluminum in this respect, because of its low melting temperature and the sudden weakening and flowing without warning. Workmen have carelessly overheated aluminum castings and, upon uncovering the piece to make the weld, have been astonished to find that it had disappeared. Six hundred degrees is about the safe limit for this metal. It is possible to gauge the exact temperature of the work with a pyrometer, but when this instrument cannot be procured, it might be well to secure a number of "temperature cones" from a chemical or laboratory supply house. These cones are made from material that will soften at a certain heat and in form they are long and pointed. Placed in position on the part being heated, the point may be watched, and when it bends over it is sure that the metal itself has reached a temperature considerably in excess of the temperature at which that particular cone was designed to soften.

The object in preheating the metal around the weld is to cause it to expand sufficiently to open the crack a distance equal to the contraction when cooling from the melting point. In the case of a crack running from the edge of a piece into the body or of a crack wholly within the body, it is usually satisfactory to heat the metal at each end of the opening. This will cause the whole length of the crack to open sufficiently to receive the molten material from the rod.