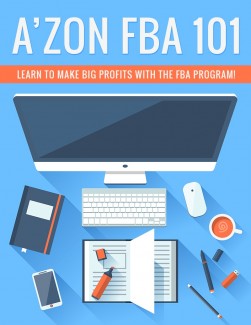 Cashing In On Holidays

If you want to make the most money possible from the Amazon FBA program, it’s very important to cash in during the holidays. The season between Halloween and Christmas is, by far, the biggest shopping time of the year, and many sellers report as much as half of their yearly Amazon income being a result of the holiday shopping season.

Toys, of course, are the biggest seller. Any type of holiday jewelry and clothing items are usually big sellers. Holiday decorations are usually hot sellers, especially those things that tend to sell out near Christmas, such as twinkling Christmas lights and ornaments that feature popular characters.

The main reason this season is so lucrative is that people will often pay a lot more money for an item if it is an item on a loved one’s Christmas list. Remember the 80s and 90s when there were physical fights over Cabbage Patch Kids and Power Rangers? These days, people aren’t as likely to fist fight over a doll as they are to just go online and search for that toy. And they’re willing to pay a premium to avoid the hassle of pushing through a crowd to try to find that item locally.

Pay close attention to pricing during this season. You want to price around the same as the lowest current price, but not too much. Let’s say the lowest price seller has only 20 of a particular item. If it is a relatively

popular item, that seller will probably sell out quickly. If you’ve priced lower than they have, you’ll sell yours first, BUT you will lose out on some profit. If you price the SAME as the lowest seller, theirs may sell first, but yours will likely still sell and you will make more profit than if you’d priced lower. There may be times when someone comes along and prices far lower than you, and this may persuade you to lower your own price. This is rarely ever a good idea, especially during the holidays. If their price is far lower, they will probably sell out very quickly, and then your price will be lowest again. Be patient!