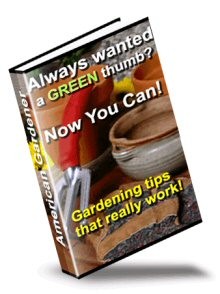 All the Fruits to be treated of here, except the Strawberry, are the produce of trees or of woody plants. All these may be propagated from seed, and some are so propagated.

But others are usually propagated by cuttings, slips, layers, or suckers; or by budding or grafting upon stocks. The methods of propagation, best suited to each kind, will be mentioned under the name of the kinds respectively; and, therefore, in this place I am to describe the several methods generally, and the management suited to each.

When the propagation is from seed, the sowing should be in good ground, finely broken, and the seed should by no means be sown too thick. How to save and preserve the seed will be spoken of under the names of the several trees. But, the seed being good, it should be well sown, well covered, and carefully preserved from mice and other vermin.

CUTTINGS are short pieces, cut in the spring, from shoots of the last year, and it is, in most cases, best, if they have a joint or two of the former year's wood, at the bottom of them. The cutting should have all together, about six joints, or buds; and three of these should be under ground when planted. The cuts should be performed with a sharp knife, so that there may be nothing ragged or bruised about either wood or bark.

The time for taking off cuttings is that of the breaking up of the frost. They should be planted in a shady place, and watered with rain water, in dry weather, until they have got shoots several inches long. When they have such shoots they have roots, and when they have these, no more watering is necessary.

Besides these occasional waterings, the ground should, especially in hot countries, be covered with leaves of trees, or muck, or something that will keep the ground cool during the hot and dry weather.

SLIPS differ from cuttings in this, that the former are not cut, but pulled, from the tree. You take a shoot of the last year, and pull it downwards, and thus slip it off. You trim the ragged back off; then shorten the shoot so that it have six joints left; and then plant it and manage it in the same manner as directed for. cuttings. The season for the work is also the same.

LAYERS. You take a limb, or branch of a tree, in the fall, or early in Spring, and pull it down in such a way as to cause its top, or small shoots and twigs to lie upon the ground. Then fasten the limb down by a peg or two, so that its own force will not raise it up. Then prune off all the small branches and shoots that stick upright and, having a parcel of shoots lying horizontally, lay earth upon the whole, all along upon the limb from the point where it begins to touch the ground, and also upon all the bottoms of all the shoots.