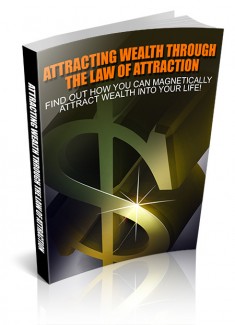 Chapter 7: Is a Poor Person Who Thinks Positively about Money Rich?

Does only thought matter? If beggars think about horses, can they ride?

Is a Poor Person Who Thinks Positively about Money Rich?

This is a question that irks most people, especially those who hear about the Law of Attraction for the first time. After all, they think, the Law of Attraction speaks about thoughts begetting results, so if they were to think strongly about something, shouldn't they get that realized? In other words, if someone doesn't have a car and thinks strongly about it, they should be owners of the car, right?

Though that does sound very romantic, the problem is that the Law of Attraction does not work in that fashion. It is not about think-think-get-get. There are a lot of under layers here. Firstly, people who think about the Law of Attraction in this manner don't bring a very important thing into the equation - the emphasis of effort. You don't get much without channelizing your thoughts into action.

Let us understand this better with an example. Suppose you have an ambition to open a restaurant. Right now, it's just your ambition. Yes, you are thinking so strongly about it that you can taste it, but that's just about it. Will that make your restaurant then?

The answer is quite obvious - No. The Law of Attraction is not about sitting on your bean bag watching a DVD and expecting your inner desires to manifest themselves. You have to actually let the thought out of your system. You have to let it come out and become action.

It is only when you begin translating these thoughts into actions will you be able to do something about realizing them.

So a beggar who merely thinks about a horse won't be able to do something soon. However, if he thinks how he should get the horse and start implementing those ideas, there is all likelihood that he will be atop one soon enough.

Chapter 8: What about Lotteries and Windfall Incomes?

What about Lotteries and Windfall Incomes?

A very commonly asked question by most people is whether they can win lotteries and have other kinds of lucky breaks merely by having a strong belief in them, just as the Law of Attraction would have them do. They think very strongly about winning and so why should they not win? They even think about winning all the time, they buy tickets by the dozen, so the winners should be them, right?

Well, for that, the first thing is to think rightly about it. You must not expect a spell to come into action bringing gold coins at your door. This won't happen. But you could align things to work your way. Think positively about winning. When you do that, things automatically begin happening in a way that's beneficial to you. You probably won't become a millionaire overnight, but maybe your strong beliefs will help you win small amounts and be happy about them.

But there are ways in which you can go against the Law of Attraction here. If you expect too much, it's wrong. The Law of Attraction tells you to have a strong belief, but it does not tell you to expect a particular kind of result. Simply visualize what would happen if you are a winner of a particular sum, however, don't force the universe into granting you that sum. In the same vein, if you start getting grumpy if you are not making the kind of income you think you should, you are undoing all your positive belief. Grumpiness is a sign of disbelief and hence it is a sign of weakness.

People who win lotteries think somehow that they deserved the victory. If you were to ask them, they will say that they visualized winning the lottery at some point in their lives and they imagined it so vividly that they felt it was for real.

Try that. Imagine. Visualize your result. Don't go overboard. Don't over-expect. Things will begin aligning your way. But be ready to accept, without grudging, whatever comes your way. It will be better than what you have, if your belief is in the right.

Chapter 9: Balancing the Inner Self and the Outer Self

If you really follow the Law of Attraction, you have to work at striking the right balance between your inner and outer selves.

Balancing the Inner Self and the Outer Self

If we have to make the best utilization of the Law of Attraction into our life, then it is essential that we learn how to create the balance between our inner and outer selves. It is vital that we put into action what we think. What begins as a thought manifestation must get converted into action.