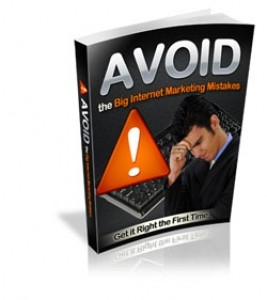 One of the great benefits of selling on the internet is that you have access to over a billion people. Yes, BILLION. When you think of what fraction of the total internet population you need to convert to customers to make a living online, it’s miniscule – a fraction of a fraction of a percent!

But the problem with dealing with numbers that large is that you can view any one particular customer as unimportant. You might think, “Well, it doesn’t matter if so-and-so is unhappy because there are 999,999,999 other people I can sell to.” In a way, that’s true. But in an even more important way, it’s not.

When information marketers treat their customers as expendable, or easily replaced, you lose something valuable. You lose the trust of your market.

And no matter how big the numbers are, the online world – particularly in any one niche – can also be a very small place. The time it takes for a bad reputation to be propagated is only a matter of seconds via Twitter, Facebook, forums, blogs, and other social media vehicles. It may take years to create a good reputation, but it can be destroyed in moments.

Which is someone more likely to tweet about: A routine interaction with the cashier at McDonalds, or one in which they were treated poorly? Which do you think would be retweeted ‘round the world until McDonalds rues the day they hired that particular cashier?

The same is true for your information marketing business. If you treat your customers like they’re easily replaceable, you’ll soon find that YOU are the one who’s easily replaceable. So pay attention to them. Read their emails. Respond to their questions, even if you’ve answered the same thing ten times before and it’s plainly stated on your FAQ page. Treat them like gold – because that’s what they are.