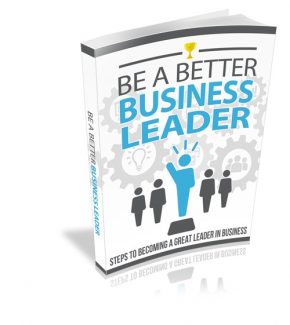 Napoleon once said: “One bad general does better than two good ones.” It takes a moment for the sense of this to register, but it is the same as our modern saying that “too many cooks spoil the broth”. Having one set of instructions, even if they are flawed, is preferable to having two sets of perfect directions that, when enacted together without reference to each other, cause havoc.

This is the principle of leadership in a nutshell. It is all about maintaining focus and creating positive outcomes.

The same can be applied to individuals who strive to become leaders. There needs to be focus and determination. Advice can be given, but does not have to be heeded. History is full of leaders whose beginnings were disastrous, and had they listened to the naysayers of this world, the world would be a poorer place today.

Leadership can be learned. Some people are certainly born with leadership skills, but this is not a prerequisite for becoming a leader. More important is dedication to the art of leadership. Leadership involves understanding how to inspire, influence and control how people behave. It is not a simple matter of shouting, or having a deep and booming voice; or being great in physical stature; Gandhi possessed none of these attributes, but managed to lead a nation and inspire millions around the world.

Sometimes, leadership may be no more than having a poignant message for a receptive audience at an opportune moment. Of itself, leadership is neither good nor bad; the world has known more than its fair share of evil and charismatic dictators.

In the world of business, the perception of leadership has changed from its early days when it largely mirrored the military model of leadership from the top down, with powerful individuals dominating large groups of less powerful people.

Nowadays, leadership in business is far more knowledge-driven. The lowliest employee may end up effectively leading the direction of a vast corporation through his or her innovative ideas. Anyone with critical knowledge can show leadership. This is known as thought-leadership. In other situations, leadership can be about taking a stand for what you believe in, and trying to convince people to think and act differently.

Leadership has been variously described as the “process of social influence in which one person can enlist the aid and support of others in the accomplishment of a common task”; “creating a way for people to contribute to making something extraordinary happen”; “the ability to successfully integrate and maximize available resources within the internal and external environment for the attainment of organizational or societal goals”; and “the capacity of leaders to listen and observe, to use their expertise as a starting point to encourage dialogue between all levels of decision-making, to establish processes and transparency in decision-making, to articulate their own values and visions clearly but not impose them. Leadership is about setting and not just reacting to agendas, identifying problems, and initiating change that makes for substantive improvement rather than managing change”.

There is truth to all of the above definitions, but they all apply to the ideals of leadership.

So what of leadership gone awry?

Understanding the Dark Side

The dark side of any individual when allowed to go unchecked can create a rigid and dysfunctional personality that stifles creativity, and taints or ruins relationships. When such characteristics are given reign in a leader, a self-righteous and bombastic person can result, who alienates the very people they are meant to inspire.

Compulsive leaders feel like they have to do everything themselves. They try to manage every aspect of their business, often refusing to delegate, and cannot resist having their say on everything. As they lack trust in others, they cannot let anyone else take responsibility, therefore they restrict personal growth in their team.
Compulsive leaders have many other traits. They are perfectionists who must follow highly rigid and systematized daily routines, and are concerned with status. Thus they strive to impress their superiors with their diligence and efficiency and continually look for reassurance and approval. This can lead to them becoming workaholics, and their team is viewed as failing if they don’t keep pace. Spontaneity is not encouraged as this bucks the routine.

Despite this appearance of total control, such leaders can be fit to explode on the inside, and this can be the result of a childhood environment where unrealistic expectations were placed on them. Their attempts to keep control are linked to their attempts to suppress anger and resentment, which makes them susceptible to outbursts of temper if they perceive they are losing their grip.

Narcissistic leaders are focused on themselves. Life and the world revolve around them, and they must be at the center of all that is happening. Whilst they exaggerate their own merits, they will try to ignore the merits of others, or seek to devalue them, because other people’s accomplishments are seen as a threat to their own standing. The worst type of narcissistic leader cannot tolerate even a hint of criticism and disagreement, and avoid their self-delusions and fantasies being undermined by surrounding themselves with sycophants.

Where possible, they will attempt to use the merits of others for their own advancement, and think nothing of stepping on people to get ahead. Their own feeling of self-importance means they are unable to empathize with those in their team, because they cannot feel any connection. Their only focus is on receiving plaudits that further bolster their sense of greatness. Such an attitude is often the result of a deep-seated inferiority complex, and thus no matter how much they are achieving, they will never feel it is enough.

Some narcissistic leaders take on a sidekick, but this person is expected to toe the line at all times, and serves only to reflect glory onto them and loudly approve of all that they do. Clever sidekicks can subtly manipulate the leader into focusing on the operational outcome of their plans, rather than just their own self-aggrandizement. Ultimately, this type of leader can be very successful if their vision is strong and they get the organization to identify with them and think like they do. Such productive narcissists have more perspective, and can step back and even laugh at their own irrational needs.