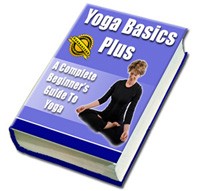 As we’ve repeatedly pointed out in this book (and probably started to bore you with; sorry!), yoga is not a religion. It can be religious if one wants it to be, and it can co-exist with an existing religious belief. But yoga itself is not religious in the sense that it focuses on belief or faith.

Yoga is a science; and indeed, in many places in the world (such as India), it is referred to as a science. This is not mere playing with words; it truly is approached as a science, which means that it is understood in terms of the scientific method.

Yogic science seeks to verify cause and effect, and build principles based upon objective observations. Indeed, in many places in the world, to be a yogic master of any credibility, one must be highly educated in the sciences, including physics and the biological sciences.

This discussion on yoga as science is important for us to have here, because it allows us to sensible ask the question: what are the benefits of yoga? After all, if yoga is a faith or a belief, then asking this question isn’t fair; because it’s one that yoga cannot answer in terms that we can objectively understand.

Yet (again…sorry!) yoga is a science; as empirical and pragmatic as kinesiology, or exercise science, which seeks to understand how the body acts and reacts to changes in the internal physical environment. And even more simply than any of this: each of us has a right to ask the basic question why should I bother doing this yoga thing? before we should be asked to consider experiencing it for ourselves.