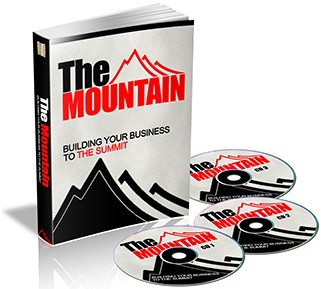 Terry: So, the difference between a pyramid scheme and an MLM company really focuses on the integrity of the company and the integrity of the product. Are they not built exactly the same way… where you have somebody on top and that person signs up two people and that person signs up two people? The actual structure of the downline is the same, is it not?

The most well known pyramid scheme is chain letters, where people are encouraged to send money to the first five people on the list and then add their name to the list. That sort of approach has no product associated with it, it is not based with a company that has passed any cultural commitments with integrity, it is not recognized by the DSA or any legitimate bodies who help to self-regulate this industry. So, people who are involved in those scams will always go under, and unfortunately they will take a lot of people with them and leave a bad name.

Terry: Okay. The industry average for network marketing success is about 3% to 5%. Why is it so low and what are people doing wrong?

Joe: Unfortunately because this is a volunteer type business, people don’t treat this in the same manner that they would treat a professional income or professional occupation. They do it sometimes when they feel like it, which may just feel like an inconvenience. So, it’s not pursued from a solid business prospective and no business plan is put into place.

My new book, The Seven Step System to Building A Million Dollar Network Marketing Organization, actually addresses that exact question because people don’t have a solid system or the belief in what they’re doing or the structure to support their success. They don’t take on personal development to make themselves an attractive sponsor or business partner.