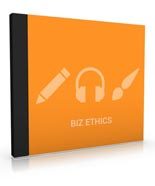 If you have your employees take training on business ethics, will they think that there is something wrong with the company that they had to implement a business ethics program? Customers may think the same thing.

It’s similar to asking for a lawyer when being detained at a police station. The police want to know why you are “lawyering up.” You must be guilty of whatever it is they are questioning you about. What is it that you are hiding that you need legal representation? Some people, especially those with enough money, will seek legal council anytime they have to deal with law enforcement. This is what they pay their lawyers to handle.

As for your company, could they be hiding something that you are not aware of? If you know about a potential company requiring ethics train-ing, would this make you stay away?

A more likely scenario within the next 15-20 years is that most companies are going to require this type of training. Too many people are trigger happy when it comes to lawsuits, so companies are taking measures to re-duce the possibility of these suits from happening. If this likely scenario comes to fruition, customers and employees will become less cynical or suspicious.

It’s already happening with larger corporations. Since they employ a fair amount of people, these people are becoming conditioned to this training and won’t be so critical further down the line. In fact, any of these peo-ple who decide to move on from these corporations to start their own businesses will be more likely to set up their own programs when their or-ganization becomes large enough.

Employees are not fond of having to sit through the training. It’s a boring subject matter and usually, lasts for at least an hour. The good news is that most of the training is via computer so employees can work at their own pace to break up the monotony. They usually have a deadline when they have to complete it and unfortunately for them, they wait until the last day and have to take the whole training in one sitting. But, they manage to muddle through it.

Even though it is common sense, not too many people get excited with this type of training. However, it can open your eyes as to how to be more ethical in your business dealings as well as with your colleagues and managers.

Business Ethics in the Banking Industry

This topic may appear to be an oxymoron. There doesn’t seem to be any ethics in banking these days. Bankers used to have this pristine and al-most sacrosanct reputation. They were the guardians of money and the preservers of the goodwill of the people. This doesn’t seem to be the case anymore.

Then again, the industry always seems to be tangled in corruption in some form or another. A look through history shows bank failures, market crashes, etc. In each instance, you’ll find the government had a role in helping the banks shoot themselves in the proverbial foot.

Consider the most recent banking scandal of 2008. Banks got mixed up in complicated derivative products that became a game of hot potato. But before you go blaming the banks outright, keep in mind that the govern-ment required banks to take on more subprime, a.k.a., risky loans. Banks needed a way to offload these loans. So, they put pressure on the govern-ment to relax the Glass-Steagall Act. This was the act passed after the stock market crash of 1929 that prevented banks from investing. It was actually one of the few acts Congress got right.

But, it’s unfair to force banks to take on these risky loans without some way of hedging. Congress lifted the restrictions of the Glass-Steagall Act, and banks were once again allowed to invest. If the banks stuck with sim-ple hedges, they probably would have made it through unscathed. How-ever, they started getting greedy and came up with all kinds of crazy de-rivative schemes that no one understood. They just paid out high rates, until they couldn’t anymore. When the well dried up, people started to panic.

Yet, the government stepped in like they always do and pointed fingers at all the various players except themselves. They started introducing overly restrictive regulations which forces banks to hire teams of consultants just to make sense of the new rules.

It’s not clear how the regulations will affect the banks over the long term. The smaller banks don’t have the same monetary resources to ad-here to the regulations and gives larger banks a competitive advantage. Already, smaller banks are being consolidated and acquired by the bigger banks, which reduces competition. That’s never good for consumers. The government doesn’t seem to be overly concerned with this issue. Could it be that it is by design? It’s a long-standing feeling with consumers that the large banks and government are in this together.

Can Business Ethics Be Taught?

Companies are made up of people that run them and work in them. Peo-ple who remain ethical in their business will never have to worry about doing something wrong. However, there are people who don’t have the best intentions of companies at heart. These could even be people who have had training (both in school and at work). The question becomes, can business ethics be taught?

The answer probably depends on each individual. If someone is taught ethics but decides to act in unethical ways, they either don’t believe in ethical behavior, or they think about it in terms of degree. It may be bad to get involved with insider trading, but stealing some supplies may be fair game. Then again, the bad behavior usually starts with small acts and people work up when they don’t get caught early on.
There is also indirect ethics (or lack thereof) where people see others do-ing something that is not on the level. They look the other way. Training in ethics would have you report the behavior. Again, for some people, it becomes a matter of degree. People also don't want to be labeled as a snitch, so it's often easier to simply look the other way.

Modern laws are making it more difficult for these indirect people to keep quiet. If they find out that you knew about a certain behavior, you can be brought up on legal charges as an accomplice. Of course, small in-cidents are not going to warrant the attention of law enforcement. They don’t have the time or the resources to handle those. The company will simply bring disciplinary actions against the people involved. But, if the incidents are big enough, it could bring about legal actions. This is not only expensive but may cost you your job and most likely some jail time.