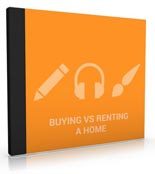 We hear advice about home ownership all the time, usually doled out by people who have gotten their pearls of wisdom from TV or the Internet. Regardless, “truths” are often given by people with limited practical experience in the field of real estate.

To help you determine if home ownership is right for you and your family, we’ve debunked four of the common myths below.

The reason for this is that under-performing houses are just not in demand. This can make perspective buyer start to wonder why the home is in the state it’s in, and they will then shy away from it.

2. The best bargains are foreclosures. It’s true that a house in foreclosure cost far less than other houses, but a momentary thought process will show why that’s a fallacy. Foreclosed homes are not like other houses.

Homeowners facing foreclosure have nothing to gain by fixing roofs or maintain-ing a home. Some will even deliberately sabotage a home, pulling out copper
pipes and appliances to sell. Bear in mind too; a foreclosed house is usually purchased from a bank and banks do not have the same the same obligations to disclose as private sellers do.

3. Real Estate is no longer a good/safe investment: Yes, stocks do accrue faster, but having $25,000 to put in stocks will get you $25,000 worth of stocks. Whereas $25,000 as a down payment will get you into a $250,000 house. Plus, the mort-gage payments offer tax benefits. Interest on home loans are deductible, but so are property taxes. Over time, real estate will actually out-perform stocks.

4. Real Estate is Risk-Free: Anyone old enough to remember the events of 2008 knows that is a lie. While buying a home might be a stable investment when com-pared to stocks, is it risk-free? The answer is no.

Keep in mind that having a home is more than an investment, although it is that too. It’s a place where you will raise your family and build memories. Taking the time to understand the real truths behind home ownership is worth it.

6 Reasons Why Millennials Rent Instead of Buy

Fewer millennials are buying than previous generations, preferring instead to rent. It’s easy to blame the economy, but there’s more to it than just that. Three-quarters of all Millennials are now renting instead of owning a home.

But why? There are six major reasons for this:

Economic Factors The real estate crash of 2008 began in 2007 and ended in 2009, but the effects have yet to end. The ripples reached into the job markets and overall economy creating a recession that is limiting careers and job opportunities and curtailing room for advancement.

A recent national poll revealed that while millennials are interested in creating a family, it’s not something they are striving for with the immediacy of previous generations. There is less pressure on them to commit and thus less pressure to establish a permanence.

Already mentioned above, this is a category all its own. Though it was a part, and in a way perhaps even a cause of the recession, the real estate bubble has a far-reaching effect directly on buying a home. It is harder and harder to qualify than ever before. The sub-prime mortgages of ten years ago were given away like an advertising ploy but fell apart when they could not be paid off. Since then, mortgage brokers have had to toe the line as new laws and regulations have been put into effect.

Mortgage payments are often cheaper than rent, but buying a house takes a lot of money up front. Between limited career options and crushing student debt, many millennials do not have the needed cash to afford the down payment and closing costs for a home.

No Ties to an Area

When the rental lease is up, you can stay or move to another part of the world. Because of our global economy, Millennials need more freedom to pursue their careers. Renting allows them this freedom. Who wants to be stuck with owning a home when you may not want to stay in the area long-term?

In case of emergency, call the landlord. It’s his problem. Millennials don’t need to get involved in long, costly repairs. Most would rather let someone else handle dealing with repairs while they get on with their lives.

Homeownership isn't right for everyone, perhaps for an entire generation. But generations before them also explored the world before settling, so perhaps in time, these numbers will change. For now, most millennials would rather rent than buy a home.

10 Tips for Buying Your Ideal Home

You decided to buy, found a cute place or two to look at, but now what? Before you go running off to the bank, here are ten things to think about first to save yourself headaches later.