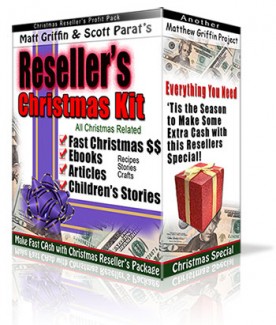 This is the story of how the greatest pirate of all time, Captain Black met his end. He was the most feared pirate of all the seas. He was so famous that everyone called him the Prince of Thieves. Well, you know back in the old days, before we had our nice churches and such, Christianity was protected by monks. Monks are people who live together all alone in a far away place and pray and serve God. You usually see pictures of them in long brown robes.

Brother Andrew was a little different from his fellow monks because he loved the out of doors so much and the sea. He often camped on the beach not far from the monetary where all the monks lived. But he did good things, keeping the beach clean and fishing and farming which provided food for the other monks so it was God’s calling for him to be on the beach. Especially the day the Prince of Thieves landed on those shores.

Captain Black spotted the island of the monks just ahead. He was pleased as he had his entire fortune on board. It was an ingenious plan to hide his booty on the monk’s island, as nobody would look for it there. He was the wealthiest pirate of them all and his men were fiercely loyal to him. He gave the command to his men to prepare to land on the island. He would let all of his men go to the beach in small boats, leaving his big pirate ship in deep water. They would unload it tomorrow after they were rested.

Brother Andrew stood and looked into the setting sun. He saw the small boats making their way toward his beach. But he did not panic. He added more vegetables to his stew and more wood on his fire for the night.

“Blessings Brother Black!” The monk responded. Captain Black liked Brother Andrew because he wasn’t afraid of him and always greeted him with blessings. Some of the newer pirates were wary of the young monk but soon all accepted him because their captain clearly trusted him. Moreover, what was amazing about it was that the monk trusted the notorious pirate.

“Arrr, I thought Christian folk despised low lives like us pirates.” Scalawag Sam said to Brother Andrew as the brother served him more stew. “I figured the good people of the world thought we were better off not being in heaven.”

“Well Sam,” Brother Andrew answered smiling. “You have your prince of thieves but the church has someone like Captain Blood but we call him the Prince of Peace. And he came to earth to do all he can to make sure you and your friends all DO go to heaven. He came to earth just for you and all your crimes and sins have already been forgiven by him so you can meet him and start your journey to heaven anytime you want. See God loves you just as much as he does me or the monks or any Christian in this world.”