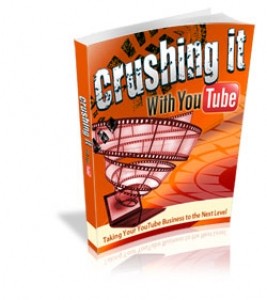 Everyone. Even your local politician. Yes, it’s true, political candidates and fans alike now use YouTube as an informal medium for advertising. Barack Obama is one of a few candidates that have a large fan base on YouTube.

Many political commentators are joining in, realizing millions may hear their voice and message, and even internationally candidates are using YouTube as a platform to market their campaign and platforms.

YouTube restricts individuals from sending material with known copyrights. Therefore, NBC was among the first to ask YouTube to remove clips of material including material from the 2006 Olympics, obviously uploaded to the site. YouTube imposed several extra cautionary measures, including limiting video clips to a brief 10-minute tape. This lessened much of NBCs concerns, but added to YouTube’s popularity.

Think about it… word of mouth is one of the best ways to promote anything. Interestingly enough, NBC eventually retracted its criticisms and instead decided to collaborate with the company.

Many others are likely to follow suit. YouTube you see, is an exceptional outlet for promoting just about anyone. A short 10-minute clip is more likely to garner increasing interest than it is to damage a corporation’s ability to sell its products and services.

Many major media moguls now provide content willingly to YouTube. Among them include CBS, Sony BMG and even Warner productions.