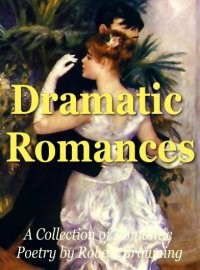 [” Now was come about Holy-Cross Day, and now must my lord preach his first sermon to the Jews: as it was of old cared for in the merciful bowels of the Church, that, so to speak, a crumb at least from her conspicuous table here in Rome should be, though but once yearly, cast to the famishing dogs, under-trampled and bespitten-upon beneath the feet of the guests. And a moving sight in truth, this, of so many of the besotted blind restif and ready-to-perish Hebrews! now maternally brought-nay (for He saith, ‘Compel them to come in’) haled, as it were, by the head and hair, and against their obstinate hearts, to partake of the heavenly grace. What awakening, what striving with tears, what working of a yeasty conscience! Nor was my lord wanting to himself on so apt an occasion; witness the abundance of conversions which did incontinently reward him: though not to my lord be altogether the glory”-Diary by the Bishop’s Secretary, 1600.]

What the Jews really said, on thus being driven to church, was rather to this effect:-

Blessedest Thursday’s the fat of the week.

Rumble and tumble, sleek and rough,

Stinking and savoury, smug and gruff,

Shame, man! greedy beyond your years To handsel the bishop’s shaving-shears?

Fair play’s a jewel! Leave friends in the lurch? 10 Stand on a line ere you start for the church!

Rats in a hamper, swine in a stye,

Wasps in a bottle, frogs in a sieve,

Worms in a carcase, fleas in a sleeve.

Hist! square shoulders, settle your thumbs And buzz for the bishop—here he comes.

I liken his Grace to an acorned hog. 20

What, a boy at his side, with the bloom of a lass,

To help and handle my lord’s hour-glass!

Didst ever behold so lithe a chine?

Or somebody deal him a dig in the paunch!

Look at the purse with the tassel and knob And the gown with the angel and thingumbob!

What’s he at, quotha? reading his text!

Now you’ve his curtsey—and what comes next? 30

No stealing away—nor cog nor cozen!

You five, that were thieves, deserve it fairly;

You seven, that were beggars, will live less sparely;

You took your turn and dipped in the hat,

Got fortune—and fortune gets you; mind that!

Give your first groan—compunction’s at work And soft! from a Jew you mount to a Turk.

He was four times already converted in! 40 Here’s a knife, clip quick—it’s a sign of grace—

Or he ruins us all with his hanging-face.

Whom now is the bishop a-leering at?

I know a point where his text falls pat.

I’ll tell him to-morrow, a word just now Went to my heart and made me vow I meddle no more with the worst of trades—

Let somebody else pay his serenades.

Groan all together now, whee-hee-hee!

picked and placed, Were spurred through the Corso, stripped to the waist;

It grew, when the hangman entered our bounds, Yelled, pricked us out to his church like hounds:

It got to a pitch, when the hand indeed Which gutted my purse would throttle my creed:

And it overflows when, to even the odd,

Men I helped to their sins help me to their God. 60

But now, while the scapegoats leave our flock,

And the rest sit silent and count the clock,

Since forced to muse the appointed time On these precious facts and truths sublime,

Let us fitly employ it, under our breath,

For Rabbi Ben Ezra, the night he died,

Called sons and sons’ sons to his side,

And spoke, “This world has been harsh and strange;

Something is wrong: there needeth change. 70 But what, or where? at the last or first?

In one point only we sinned, at worst.

“The Lord will have mercy on Jacob yet,

And again in his border see Israel set.

The stranger-seed shall be joined to them:

To Jacob’s House shall the Gentiles cleave.

So the Prophet saith and his sons believe.

“Ay, the children of the chosen race Shall carry and bring them to their place: 80

In the land of the Lord shall lead the same Bondsmen and handmaids. Who shall blame,

When the slaves enslave, the oppressed ones o’er The oppressor triumph for evermore?

“God spoke, and gave us the word to keep,

Bade never fold the hands nor sleep ‘Mid a faithless world, at watch and ward,

Till Christ at the end relieve our guard.

By His servant Moses the watch was set:

Though near upon cock-crow, we keep it yet. 90

“Thou! if thou wast He, who at mid-watch came,

By the starlight, naming a dubious name!

And if, too heavy with sleep—too rash With fear—O Thou, if that martyr-gash Fell on Thee coming to take thine own,

And we gave the Cross, when we owed the Throne—

“Thou art the Judge. We are bruised thus.

But, the Judgment over, join sides with us!

Thine too is the cause! and not more thine

Than ours, is the work of these dogs and swine, 100 Whose life laughs through and spits at their creed!

Who maintain Thee in word, and defy Thee in deed!

“We withstood Christ then? Be mindful how At least we withstand Barabbas now!

Was our outrage sore? But the worst we spared,

To have called these—Christians, had we dared!

Let defiance to them pay mistrust of Thee,

And Rome make amends for Calvary!