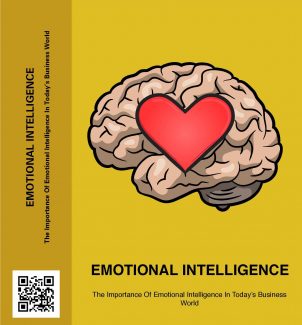 This same unique form of intelligence was identified as the critical factor responsible for distinguishing the star performers from the aforementioned test. The term “Emotional Intelligence” was later coined as a fitting description for this form of intelligence and since then has become a term recognized in households around the world.

What is Emotional Intelligence (EQ)?

Some people are very good at managing their emotions while others have a poor grasp of it. Being emotionally intelligent gives you the ability to recognize your feelings, understand what they’re telling you, and raise your awareness of how they affect people around you. It also constitutes your perception of others and helps you understand how they feel, enabling you to manage relationships more efficiently.

Emotional intelligence utilizes a fundamental element of human behavior that is different from your intellect. It is important to note that emotional intelligence does not have any recognized connection to a person’s IQ—it cannot be predicted based on how smart someone is.

Emotional intelligence focuses around four fundamental skills, and these skills are paired up under two primary proficiencies, personal competence, and social competence. Personal competence is comprised of one’s self-awareness and self-management skills. It is ideally described as your ability to remain aware of your emotions as well as consciously managing your behavior and tendencies.

• Self-awareness can be described as your capacity to correctly distinguish your emotions and stay mindful of them as they happen. • Self-management has to do with your aptitude to use this awareness of your emotions to stay flexible and behave appropriately and positively.

Social competence, on the other hand, comprises of your social awareness and relationship management skills. It focuses mainly on a person’s ability to understand other people’s moods, behavior, and motives with the aim of improving the quality of your relationships. • Social-awareness can be described as your capability to correctly interpret others’ feelings and then to use that knowledge to understand the current underlying situation.

• Relationship management has to do with your ability to use your emotional awareness as well as that of others to manage communications efficaciously.

The relationship between emotional intelligence, IQ, and personality is often confused. These intellectual concepts aren’t interchangeable, but rather, they are three different aspects of ourselves.

Personality, on the other hand, is the prominent icing on the cake. We could describe it as a person's style. It is comprised of the perceptions, behaviors and emotional tendencies that each person develops based on their biology and their environment. Personality is usually based on the habits we have developed over time, and that has consequently shaped our thinking and way of life. Also, just like IQ, personality cannot be used to predict emotional intelligence. It is, for the most part, stable and remains constant over a person's lifetime.

Emotional intelligence plays a significant role in the professional success of a person. It is directly linked to performance and serves a powerful purpose in enabling you to focus your energy in a single direction to produce massive results. Emotional intelligence is believed to be the best indicator of workforce success when compared to other important workplace skills.

Emotional intelligence is explained as the outcome of the communication between a person's rational and emotional ‘brains.' Thanks to the advances in neuroscience, we now know that the brain develops new connections in relation to new skills learned. This is called neuroplasticity. The brain employs strategies to increase your emotional intelligence by creating a network of cells, thus triggering a chain reaction of growth that makes it possible to activate new behaviors in the future. As your brain repeatedly practices using new emotional strategies, you will find that emotionally intelligent behaviors become second nature to you.