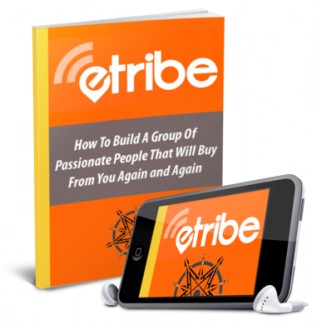 Let's talk about ‘Engaging the Presell'. Now, I could have basically shown you the whole sales persuasion stuff; that's easy, but it's really not about that. It's all about you doing simple things that connect to people in a human way. For instance, asking questions when you don't know, connecting and laughing with people, discussing with them. And I’m talking about your passionate group of speciDic people in a forum, in a group, whatever it might be. It's also about answering questions where you can and making people laugh, having that overall, real connection with people that matter.

See, the reality is about getting the people that matter. The reason that's important, and understand this very clearly, the reason that's important is because if you are not engaging with people at a basic decent human level, it's going to be hard for them to trust you in what you’re doing. You have to stand out, and here’s a reality factor: it's not that hard. Hey, people buy from people.

Here’s another little secret, that's really not a secret but it's real. If you can just talk to people, connect with them, do you realize that 99% of your competition isn’t doing that? Here’s another thing, when you’re differentiating from your competition and doing that discussion, engagement, asking questions, answering, talking to people, laughing, do you realize how much of your trust and authority builds up in that group? A lot, a whole lot; especially when they discover you have a solution to a painful problem.

That's really easy for people to connect with you immediately. For instance, if your name is Bob and they’re like, “Bob has that solution. Did you hear about that?” They will be more than glad to share with other people those solutions. That's what it's all about, connecting with those solutions. Those people who need that connection. Well, how do they do that? You've got to build up your trust factor. I'm not talking about sneaky ways in selling. I'm talking about asking questions, answering questions. Making them laugh and connecting with them, making them immediately available that you can help them, that you are a contributor to that group.

Now, of course, yes, you want to introduce a beta, you want to grow something within that audience, that group. The easiest way to do that of course is if that group has some form of advertising opportunities, yes, or signatures in the forum that you can lead them to, yes.

But we’re not talking about that, are we? No, we’re not. We’re talking about that other way of doing things. In other words, it’s one way to do it that way where you’re connecting and doing the advertising and so on, that’s great. But what about talking with them one-on-one in chat and saying, “Hey, would you try this out as a beta and would you be willing to give me some feedback on it?”

Now, the first couple of sales you have may not actually be sales. Maybe bringing people in so they can give you some strong feedback on it and some insight. From there on, it is absolutely imperative that you begin the conversation, and keep the conversation going, where you’re asking, you’re discussing, where you are really connecting with answers. The whole idea is that the more people you connect with automatically, the more opportunities you have to grow.

Let’s talk about ‘Selling’ in the next section. I’m not talking about selling in a way that is what you expect out of something that’s cheesy or underhanded or psychological, but real ways to connect with people so they totally get it and you can launch an incredible opportunity to go beta and connect with a group of people. You end up building your own tribe.

So far we’ve been talking about how to build and connect with a group of passionate people. We haven’t talked about purchasing. Now we’re on the selling part. I want you to understand this isn’t selling. If you’ve noticed throughout this entire program, there hasn’t been any sneaky tricks or tactics, it’s about connecting with people and genuinely helping them. That’s the important part and that’s what I want you to understand. But this, if you don’t get this part, you just have a community, you don’t have a corporation. You are not earning money, you’re just basically earning a lot of respects and hugs and I guess that’s great, but that doesn’t keep your lights on or keep your phone ringing or food in your mouth. Does it? No, it doesn’t.

Here’s a reality point for you, that passion is important because not only should you be happy but they should see your happiness and love for what you do then they’ll want to work with you. ‘They’ meaning your prospects and clients because they’ll see it.

They also understand in passion that there’s a connection to the trillion dollar industry that’s out there. The same industry that’s making people hands over foot, giving them the lifestyle they want.