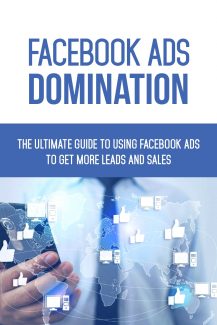 Promoting your business, product, service or brand on Facebook can be expensive. You’ll see reports of many advertisers spending hundreds or thousands of dollars every single day on Facebook Ads!

These advertisers are literally giving Facebook their entire advertising budget for two reasons:

(1) Facebook Ads work
(2) It is relatively cheaper compared to other advertising platforms.

Facebook Ads work so well that many companies have stopped advertising on other platforms and instead focus all their attention on Facebook. Now, these advertisers have got ad optimization down to a T.

They spend fewer dollars per conversion than other platforms. And because of the amount they get to ‘save’ on Facebook, they’re putting more of those advertising dollars to further expand their reach on Facebook and get more people in their sales funnel.

If you want to know how these successful Facebook advertisers are able to minimize their ad costs, then read on because today I’m going to be sharing with you seven tried-and-tested methods for lowering your Facebook Ad costs.

Setting a bid cap is important if you want to control how much you want to pay for each bid or per action that your target audience does. If you have a specific budget in mind, and you already have an ideal cost per acquisition or per action, then you can set that as your bid cap.

You have a daily budget of $10, and your campaign objective is to get people to click on your ad and go to your website. The landing page on your website is selling a $50 item where you make a $25 profit per item.

You know that based on past customer behavior on your website, you get on average a 10 percent conversion rate which is pretty good because it means 1 out of 10 people who go on your site buys that product.

With such a profit margin, you’re willing to pay $0.50 per click. So you set that as your bid cap. Facebook will then charge your account a maximum of $0.50 every time someone clicks on your ad.

Knowing the math behind your ad campaigns will help you optimize your ad budget be it on the campaign level, ad set level, or ad level.

Technique #2: Get more people to engage with your advert

Getting people to engage with your ad is probably one of the best ways to minimize your ad costs. However, this is easier said than done. We all would want to get the highest possible conversion rates and have everyone we target to look at our ad. But obviously, this doesn’t happen in real life.

Ask yourself if you were your target audience, would you stop scrolling your news feed to look at your advert? Be objective and don’t let your bias come into play.
If you answered, yes, then your ad may be good enough. If you answered no, then you’d have to go back to the drawing board and start again. Alternatively, if you work alone, you can ask somebody else’s opinion on what might work. If you work in a team environment, then that’s better because two or more heads are better than one, so to speak.