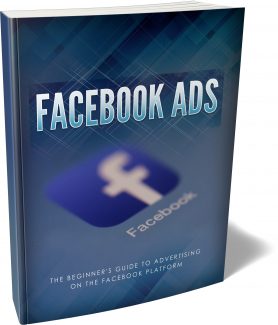 It doesn't matter if you run a well-established business or you are managing a startup. It doesn't matter how much of a budget you're working with. Like it or not, and believe it or not, the main way you can make people become aware of your company's brand, and eventually consume the products or services your company offers, is through advertising.

Let's put it this way, you can't be in two places at once. If you're spending all this time and effort trying to brand and promote your business the ‘free’ way, what if you're doing something else that produce ten times the result?

What's so awesome about Facebook ads besides its relative low cost is the technology behind it. Again, you may be operating with a fairly small budget. That's okay. Because with Facebook ads, you can leverage the highly sophisticated "social snooping" and "personal profiling" technology Mark Zuckerberg brought to the table.

Did you know that when you log into Facebook, you're legally giving them the right to figure you out? I know it sounds creepy, but Facebook has so much technology it can figuratively get in your head.

It is no surprise that a lot of people consume lots of random pieces of content of Facebook, only to find themselves, sooner or later, being shown ads that seem so personal. It's as if they're thinking about certain things, and an ad would show up that matches those concerns, fears or needs.

There's nothing magical about this. This is a testament to just how robust Facebook's technology is. This book gives you a step by step walk-through of the different ad opportunities currently available on the Facebook ad platform.

As you probably already know, there is no such thing as a perfect solution. Any option will have its own list of advantages and disadvantages. Facebook is not immune to this fact.

• Facebook has a robust and powerful high-tech advertising targeting system
• Facebook is still relatively cheap
• Facebook has so much ad inventory that, depending on the kind of campaign you run, it is still very affordable compared to competing platforms like Google Adwords
• Facebook helps you engage your customers
• FB ads can also deliver the bottom line

Not only can Facebook help you stay relevant with your target audience members, but you can also plug in these ads to your actual sales funnel. They can, with the right strategy and the right sales funnel design, produce conversions. These are sales. These have an actual impact on your business' profitability.

• You can break into new markets

Your FB campaign gets people familiar enough with your new market focus that you don't come off as a completely new player.

Since Google launched the RankBrain algorithm update, click-throughs have begun to play an outsized role in Google's ranking algorithm. This means that when people are clicking your link over others, you're more likely to rise up the listings.

How is this possible with Facebook? Well, since Facebook campaigns make people more familiar with your brand name, your domain name, as well as your site name, you're not a complete stranger.

With everything else being equal, when people see your brand show up in search results, they're more likely to click it compared to a brand that they haven't heard of before. So, this has an aggregate effect.

And if this plays out with enough people over an extended period of time, don't be surprised if your organic rankings on Google also increase.

If you're running a retargeting campaign on Facebook, Facebook will show your ad to users who’ve been to your site. It's not unusual for them to realize that they still need whatever it was that they came to your site for. A lot of them come back to your website and close the deal.

How effective is this strategy? According to many marketing surveys, up to 40% of buyers come back and buy because of this technology .

• You get access to a very robust advertising system

Facebook efficiently slices and dices its audience demographics. If you target one person and that person typically buys from you, you can use that person's profile and apply it to other people who share the same profile to hopefully get the same results. You don't get that robust kind of targeting technology and capabilities with other platforms.

Here are just a few of the disadvantages Facebook has. It is by no means a perfect advertising platform. Not even by a long shot. You need to be aware of its downsides.

If your ads are very vague, irrelevant or simply send the wrong message, don't be all that shocked if they don't produce the results you're looking for.