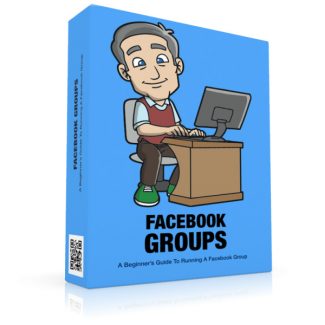 The internet has changed everything. Like all monumental changes, the massive social upheaval caused by the web is barely discernible today. However, what we take for granted today was both unimaginable and unheard of just a short time ago.

If we were to go back 20 years, to 1997, what would we see in terms of information technology, dissemination, and architecture? To begin with, we'd see a much sparser landscape in terms of choice and variety. Today, there are well over a billion websites. Back in 1997, there were probably less than one million.

Regarding connectivity, the average internet connection was via dial-up, with speeds ranging from 28.8 Kbps up to the then state of the art 56 Kbps. There was no high-speed connectivity. There were no mobile devices. If you wanted to connect to the internet, you sat at a desk and used a desktop computer.

All of this was state of the art technology 20 years ago. However, today this same technology would feel antiquated and inefficient. The difference is perspective. There's an old saying that age brings wisdom. That's not entirely accurate. What time does bring however is perspective. In other words, the more time that passes, the more you can "see" the effects, in this case, of technology on society as a whole.

Today, when we compare 1997 to 2017, we can clearly see how rapidly and profoundly society has changed as a result of increased connectivity. However, these changes have also been assimilated with equal speed. It’s interesting to note that no matter how well-connected we become, no matter how quickly and easily we can retrieve, store and share information, we soon accept the more advanced technology as the norm. In some sense, ever advancing information technology is indeed the new black.

Next, we'll take a look at the specific steps that you need to take to start a Facebook group. You'll learn how to decide who the group is for so that you can tighten the focus for your reach for even greater connectivity. You'll learn how to utilize the Facebook dashboard to do the actual group creation. You'll also learn how to customize your group by adding specific details, creating a look that's yours and yours alone.

Finally, we'll focus on the care and feeding of an established Facebook group. You'll learn how a Facebook group is an organic entity. You'll learn why engagement is essential to the continued health of your group. You'll also learn why spam, in any form, will stifle engagement, and how to ensure that your group remains spam-free. More importantly, we'll show you how to raise engagement by using a steady stream of entertaining and educating content. You'll learn how to find relevant topics for content, as well as how to mine the active interests of your group's members to produce content that matches those interests.

In the end, nothing is going to stop the forward march of information technology. Things will continue to get faster, larger and, ironically, smaller and easier to use. The key to success, no matter how you define that term, is in learning to use information technology to your advantage. By mastering the art of a Facebook group, you will be poised to use the biggest social media platform to your advantage. That, my friends, is the perfect example of the benefits of technological assimilation.

What Are Facebook Groups and Why Are They Important?

September 26, 2006, is a somewhat important date in the annals of internet history. On that day, Facebook became available to anyone over the age of 13 with a valid email address.

Originally designed as a centralized website where the students of Harvard University could connect for academic and social reasons, Facebook soon spread like wildfire. The idea the connectivity inherent in internet technology could be used to connect disparate people in real time was not new. Various other platforms were available that did this is one form or another, e.g. chatrooms and instant messaging provided by AOL, Compuserve and others. However, no one had yet integrated a way to combine chat and integrated visuals into one smooth package. This is what made Facebook a game changer.

Within hours of being started, Facebook had 1500 users on the Harvard campus. In less than one month, half of the graduate and undergraduate population of Harvard were Facebook users. Three months later, Facebook had expanded to include the populations of Yale, Stanford and Columbia Universities. The remaining Ivy League schools were next, followed by nearly every university in the United States and Canada. Universities in the UK and Europe were next, followed by the rest of the world.

This phenomenal growth did not go unnoticed by the media. By the time September 26, 2006, rolled around, the non-academic members of the general public were lined up, eager and ready to give Facebook a spin. So when Facebook did open it's doors to the public at large, what was, until then, a phenomenal growth rate quickly became unprecedented. In eleven months, Facebook experienced an extraordinary monthly growth rate of over 178%. By August of 2008, Facebook had 100 million worldwide users. In the coming years, that growth rate continued unchecked. By July of 2010, Facebook exceeded 500 million users. In September of 2012, there were 1 billion people worldwide who used Facebook regularly.

Today, Facebook's numbers continue to be impressive. The site has, on average, 1.86 billion monthly users and 1.23 billion users who are active on a daily basis. No matter how you cut it, that's a whole lot of traffic. The number one billion gets tossed around a lot, so much so that it becomes meaningless. So, here's a quick stat that will help you to pull Facebook's enormous reach into focus - if Facebook's average daily users were a country, that country would be the most populous nation on Earth. That's a lot of people, which translates to a lot of eyeballs that could be looking at what you're interested in promoting.