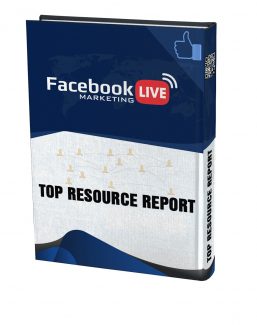 Since it launched last August and became available to all users this January, Facebook Live has quickly become a game changer. Media companies like CNN, Viacom, the New York Times, and Buzz Feed have used Live to experiment with new video formats and expand their audiences.

Many brands have already carved out a chunk of the social network’s massive user ship. Now they can easily share Facebook Live videos with fans, friends, and followers without having to build a new audience from the ground up.

Facebook is also sweetening the pot with helpful capabilities such as live events, twoperson broadcasts, comment feeds, and filters. And they might launch mid-roll ads soon, which could give brand an alternative revenue source.

Given these benefits, many businesses – from auto manufacturers to makeup companies – are using Facebook Live to grow their audiences. Brands that are new to live streaming, however, might be wondering how to plan and launch a successful Facebook Live video.

We’ve created a comprehensive guide that covers everything you need to know about Facebook Live Marketing.

Facebook Live is the social network’s live-streaming video functionality. Users can broadcast live videos using only their smart phones. It’s available to all Pages and profiles on Facebook for IOS, Android, and the Facebook Mentions app. additionally; live broadcasts can be streamed in Facebook groups and events.

When the network first introduced live video in August 2015, the feature was limited to Facebook Mentions, an app available to public figures such as celebrities, athletes, musicians, politicians, and other influencers.

Then in December 2015, Facebook began to make the feature public, releasing it to a small subset of users in the U.S. and verified Pages, then to the rest of the country at the end of January 2016. It became available outside the U.S. at the end of February 2016. Facebook has since introduced a number of live video features.

Why live video matters so much for marketers?

To truly understand why live video is a big deal, you have to look at the ever-increasing prominence of social video.

While video has always been popular online, the dominance of social media and the rise of mobile usage have all but ensured social video’s position as the reigning monarch of content. Users continue to produce—and watch—more video at greater rates than ever before.

What you should know about social video:

One-third of all online activity is spent watching video

Online video streaming will grow to more than 80 percent of all consumer internet traffic by 2020, according to predictions from tech company Cisco

92 percent of mobile video consumers share videos with others, according to strategic consulting and digital business firm Insivia

Native Facebook videos get more organic reach—that is, they’re seen by more users, even without promotion—than any other type of content (a whopping 135 percent more than photos), according to Social bakers

Users watch 100 million hours of video on Facebook every day

Facebook boasted 8 billion video views daily as of November 2015 (the last time the platform released video numbers)—double the amount it had in April of that same year Beyond the popularity of social video in general, Live video brings with it specific benefits.

Facebook has invested heavily in Live video. The platform has signed as many as 140 contracts with media companies and celebrities to produce Live videos—including the likes of the New York Times, Buzz Feed, comedian Kevin Hart, and chef Gordon Ramsay—paying a total of $50 million.

It’s fast—for the final 2016 presidential debate, a study by media streaming service provider Wowza found that Facebook’s live-stream had the lowest latency, beating out satellite and cable for some viewers and delivering its stream at an average 13-second delay (as low as seven seconds for some viewers)

The previous record was held by Buzz Feed’s exploding watermelon video, which garnered more than 800,000 simultaneous viewers while it was streaming live and has since racked up a grand total of more than 10 million views—#watermelon even ended up trending on Twitter And of course, when it comes to that most critical of Facebook marketing elements—organic reach—live video can be a huge help.

Facebook considers Live video a distinct content type from other video shared on the platform. This distinction is important for brands because it means that the Facebook algorithm treats native video and Live video differently, with Live videos more likely to appear higher in News Feed while they’re live.

Facebook Live video also has its own notification system. The network explained that when someone goes Live: “People who frequently engage with or have recently interacted with a person or Page going Live may receive a notification.” This feature gives greater prominence to live videos and helps keep brands who broadcast top-ofmind. And let’s not forget expectations for live video. While viewers expect social video to be polished, audiences often enjoy the opposite in Live video.

In other words, there are plenty of good reasons to give Facebook Live video a try.

Not only does Facebook Live give brands access to an immense audience—potentially the entirety of Facebook, which currently boasts 1.13 daily active users—it also offers a range of features.

It has its own notification system. By default, users’ live video notifications are set to ‘on’. People who frequently engage with or have recently interacted with a person or Page going Live may receive a notification.

When a user is watching a broadcast, they can choose to send an invitation to a friend to watch with them. This option is available from within the live video.

The map displays all live broadcasts currently happening around the world, each one represented by a blue dot, with larger dots indicating more popular broadcasts.

Hovering over a dot pulls up a preview of the stream, including a counter showing how many people are currently watching it, and a timer showing how long the broadcast has been playing. Users can choose to zoom in to explore broadcasts in more specific areas.

Additionally, a panel to on the left side of the screen features a list of the most popular current live broadcasts. As with the dots, hovering over one shows both where the broadcast originated and where people are streaming it from.