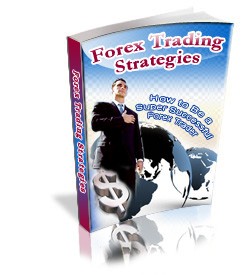 Getting emotional in the stock market is the worst thing that can happen to investors. The same goes for Forex traders as well. Seeing paper losses in everyday trade is pretty common.

Once to take a decision to buy something and make losses, you still hold on even if situations turn from bad to worse, only because you feel that things might turn back in your favor once again. The main problem here is that, the decision to stick to a losing trade for a long time is an emotional one, since you are in no mood to accept a loss and get out of the trade.

Forex market is largely influenced by the general market and you must always trade on what the indications based on the market are, and not just initiate one since your heart tells you to. At times, you might be so emotionally attached to a given currency in the Forex market, that most of your exposure to the Forex market would be in that particular currency.

Nothing wrong with it, as if you have reasonable grounds to believe that the currency will do well, then you will actually profit from the exchange. The 'wrong' thing is opening up a trade in a currency just because your heart tells you to.

In the case, if you strongly feel about any given currency, then it‘s better to check the reality by having the look at what the market is indicating. That will give you a clear picture of whether or not you should trade in that currency.

The basic thing that is needed to be remembered is that once you have initiated a trade, and are incurring paper losses, and by all indications, things are likely to get even worse for you, then it is much better to book losses and come out of it rather than sticking to it till a time you ultimately are able to see some gains from it. Remember, the markets have little room for emotions.

Forex trading is not a win-win situation. Be prepared to lose on some trades as well. That‘s the precise manner in which the market works. It is not really a question of whether you are right or not, the fact remains that markets move in an unexpected way and they have a knick of surprising people when they least expect it. All the fundamentals and even experience may be thrown into the air when the markets decide to do something.

So just follow the indications that the market gives you. If you feel that after initiating a trade, things are not going the way you had foreseen, book your losses and get out of it. You can invest the amount in some other trade and make good gains rather than sticking to your losing trade.