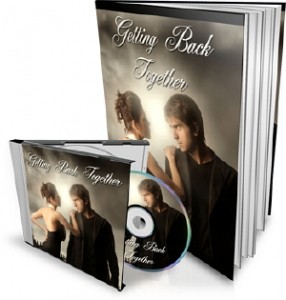 Chapter 5 Making Changes with Your Ex

When you are working on getting back together with your ex, both of you have to keep in mind that it takes two to repair a relationship. Both of you must agree to do what it takes to make it happen. If only one of you wants to make progress, the relationship will be doomed from the start. After both of you have decided to move forward with getting back together, you will have to take renewed steps to get it right this time. Maybe one of you has a habit of a bad temper. Count to ten before you say anything if there is something you are not happy about or if something doesn’t go your way. Making that step to change bad habits is a plus.

Basically, you are starting all over again with your ex so make it a completely fresh start. You will have to get to know each other again from the beginning so think about the first time the two of you met and get reacquainted with each other. Think about some of the special times that you had with your ex and see if you can relive some of those times again.

If it was your fault that the relationship failed previously, seek and ask for forgiveness for the mistakes you made. Also, forgive yourself for what happened as this is the only way that you can move forward without carrying a burden of guilt. You and your ex need to be willing to change your thinking about certain things because you cannot take some of the same attitudes that you had before and use them, as they maybe detrimental to your relationship. Work on rebuilding your future than staying stuck in your past because you won’t move anywhere if you don’t move on.

You and your ex must be willing to listen to each other in order to communicate effectively. Don’t brush off things that your ex has to say as in essence, you are disconnecting them from you. Disconnection can lead to a distant relationship and can eventually lead to another break up. Some people have a way of being blunt and although it’s a matter of not what you say but how you say it, think before you speak! Your mouth can be a dangerous weapon if you’re not careful and if you say things in a condescending manner, then it won’t be received well.

Nourish the relationship and each other. When you do that, you allow the relationship to grow. So, be a caring and affectionate person and show your ex that you care for them and that you are serious about getting back together.

Discuss things openly with him and be honest and upfront, but not blunt, during conversations. Work on your differences and don’t let them stop you from moving forward. Also, work on your problems together as a couple, as both you and your ex have to trust each other, which is extremely important in any relationship. It’s even more important when you are trying to get back together as trust makes for a good relationship and if you don’t have trust, your relationship will be doomed from the start. If the cause of the breakup of your relationship previously was a lack of trust, then that trust will of course have to be earned again. Keep the baggage out of the relationship and away from your ex. It will not do any good for you or him as it just hinders the relationship between you both even more.

When you are learning to bond with your ex again, take it day by day and don’t be in a rush to make it right. This time around, you want your relationship with your ex to last.

Get yourself in order first before you take on a rekindled relationship with your ex. Both of you have to be past the “broken” stage in order to give it another chance so love yourself first. Be honest with yourself and when you’ve mastered that, then you can start loving your ex all over again. Make getting back with your ex a positive experience.