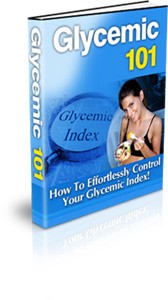 When doctors and scientists began to look at what makes up an average diet and why many people tend to gain weight and become unhealthy, they looked first at the government’s food pyramid. They decided to put most of the blame on the base of that pyramid – whole grains and breads, otherwise known as carbohydrates.

The word carbohydrate has become a dirty word that advances the notion that anything that has carbohydrates, or sugars, fibers and starches should never be eaten. You may know someone who treats carbohydrates as if they are poison and can’t even bear to look at or touch them let alone eat them. It has almost become a religion to eliminate all carbohydrates from our diets.

The food and restaurant industries, never ones to pass up on a new way to make even more money, immediately came out with new “low carb” items and packaging and restaurants remade their menus to feature “low or no carb” selections. In many cases, they serve many of the same items, but simply eliminate the bun, french fries or potato and charge even more for the “new” menu item. Their profits have never been higher.

But, is this way of thinking too simplistic? Are all carbohydrates bad for you and furthermore, are they all “bad” to the same degree? That is what the developers of the Glycemic Index set out to prove. They wanted to see hard, scientific evidence that would prove if all carbohydrates were unhealthy. What they found was very astounding. Not only did they discover that different carbohydrates affect people’s blood sugar levels and release of insulin to different degrees, they were also surprised to discover that many carbohydrates that had been considered “bad” really weren’t and others that had seemed “healthy” spiked blood sugar levels tremendously.

An example of that could be watermelon. It is considered a good source of vitamins and healthy and very low in calories, right? However, its Glycemic Index number is 70! That puts it in the High range. The reason behind this is that although watermelon does have very few calories, it is very high in natural sugar and spikes your blood sugar levels forcing your body to release insulin to counteract and lower these levels. Later, we will discuss the consequences that happen to your body when it has to continuously release insulin in order to try and keep your blood levels as even as possible.

On the other hand, items such as artificially sweetened yogurt, peaches and peanuts all score below 30, making them better choices when following a Glycemic Index diet. This means that they will not spike your blood sugar levels and may release energy slowly, instead over a longer period of time. This type of food will give you more energy and keep you feeling satisfied longer. There are many examples of carbohydrates that are good for you that will be covered in the coming chapters.