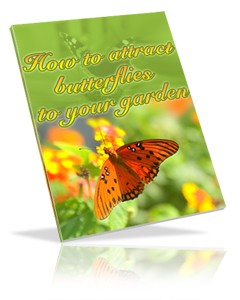 Butterflies start life as eggs laid on plants. The egg consists of an outer casing, or chorion, inside which is the female’s fertilized ovum. There is always a minute opening, the micropyle, which is visible as a small pit at the top of some eggs.

This structure allows the male sperm to fertilize the egg and probably allows the developing embryo to breathe. Sometimes eggs are laid singly, at other times they may be in bunches.

The eggs take a variable amount of time to hatch; indeed some butterflies remain as eggs through the winter, only hatching when the warmth of spring arrives. I guess they are less likely to be eaten when very small and easy to miss. Usually it takes about 10 days for an egg to hatch. There is an easy exit for the tiny first caterpillar to escape from the confines of its egg.

These eggs hatch into very tiny caterpillars, or larva, which start eating immediately. First they eat their egg shell which is the fuel for their journey to find the food plant. It also may be the only meal they have before winter and without it, they won’t survive. Then they begin feeding on their host plant. Unlike adult butterflies which feed on nectar, caterpillars prefer the leaves of plants. At this stage, the butterfly is capable of defoliating your butterfly garden.

A caterpillar is an eating machine. It consists of a pair of jaws or mandibles for chewing plant matter followed by a long gut for digestion. It moves using three pairs of true legs (like all insects) and five further pairs of 'pro legs', sucker like structures with hooks on the end for gripping hold of the leaves and stems.

Along the side of the larva are small openings, spiracles, nine pairs in all, through which respiration occurs. A modified set of salivary glands, spinnerets, produce silk. All butterfly larvae are hairy, some quite spectacularly covered with bushes of setae, and they may well be off-putting to potential predators.

When first hatched the larva or caterpillar is very small indeed, just a few millimeters long. These first larvae look similar regardless of which species they belong to. Usually the caterpillar immediately searches out food and starts to eat, although some species over winter at this stage.

Due to the nature of the skeleton of insects they cannot grow in the same way that we do. Every so often the caterpillar sheds its skin so that it can expand and grow to a larger size. This process is known as ecdysis and each time it happens, the caterpillar moves on to a new instar. Most European species molt four times and so their final stage is usually the fifth instar.

Caterpillars feed for a large part of their time, consuming an ever increasing amount of food plant as they get rapidly larger. Some species prefer the cover of night to avoid unwanted attention, the Comma, Polygonia c-album, spends most of its time underneath leaves for the same reason. Their excrement, usually called frass, is dropped all over the place in small lumps.