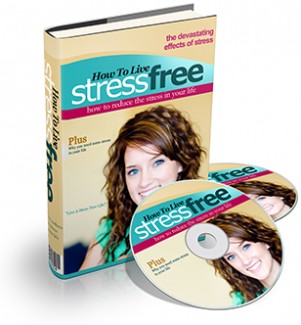 This is a big issue so let’s look at it more closely. A huge problem people who are overly stressed have is the ability to say “No”. Maybe your mother wants you to take Grandma to the store, but you’re in the middle of a big work project. Perhaps your best friend asks if you wouldn’t mind babysitting her kids when you’ve already made plans with yourself to get a haircut.

There’s no reason why you have to say “Yes” to everyone. In fact, there are often many times when you should turn them down. If you find yourself agreeing to do things when you really don’t want to, you’re a people pleaser. Sounds like a nice trait to have, but it is a huge stressor.

People pleasers think of other people’s needs before their own. They worry about what other people want, think, or need, and spend a lot of time doing things for others. They rarely do things for themselves, and feel guilty when they do. It’s hard work being a people pleaser.

People pleasers hold back from saying what they really think. They don’t ask for the things they would like if they think someone will be upset with them for it. Yet they often spend time with people who don’t consider their needs at all. In fact, people pleasers often feel driven to make insensitive or unhappy people feel better - even at the detriment to themselves.

Constantly trying to please other people is draining and many people pleasers feel anxious, worried, unhappy, and tired a lot of the time. They may not understand why no one does anything for them, when they do so much for others and yet they don’t ask for what they need.

This line of thinking happens because people pleasers themselves feel obliged to help and do not always do things because they want to. Sadly, people pleasers have been taught that their worth depends on doing things for others.

When they do take a moment for themselves, they feel selfish, indulgent, and guilty which is why they are often on the go, rushing to get things done. Since people pleasers accomplish so much and are easy to get along with, they are often the first to be asked to do things - they are vulnerable to be being taken advantage of.

People pleasers were most likely raised in homes where their needs and feelings were not valued, respected, or considered important. They were often expected as children to respond to or to take care of other people’s needs. Or they may have been silenced, neglected, or otherwise abused, thus learning that their feelings and needs were not important.

In many cultures, girls are raised to be people pleasers - to think of others’ needs first, and to neglect their own. Most women have at least some degree of people pleasing in them. Men who identified with their mothers often do as well.

People pleasers’ focus is mostly on others and away from themselves. They often feel empty, or don’t know how they feel, what they think, or what they want for themselves. It’s possible to change this pattern, starting now.

First, practice saying NO. This is a very important word! Say it as often as you can, just to hear the word come out of your mouth. Say it out loud when you are alone. Practice phrases with NO in them, such as, "No, I can’t do that" or "No, I don’t want to go there". Try it for simple things first, and then build your way up to harder situations.

Stop saying YES all the time. Try to pause or take a breath before responding to someone’s request. You may want to answer requests with "I need to think about it first, I’ll get back to you" or "Let me check my schedule and call you back". Use any phrase that you feel comfortable with that gives you time before you automatically respond with YES.

You will feel guilty when you start this but it won’t always be so. Remember that your mental health is well worth the aggravation you may have to take from others. What’s important is you.

Figure out what gives you pleasure. For example, you may like reading magazines, watching videos, going to a park, or listening to music. Give yourself permission to do those things and then enjoy them.

Ask someone to help you with something. I know this is a hard one but you can do it! After all, everyone else is asking YOU for favors. Be tolerant if they turn you down. Just because you have always told them “Yes” doesn’t mean they always have to tell you “Yes”.

Many people pleasers believe that nobody will like them if they stop doing things for other people. If this happens than you were being used and it’s better that they aren’t in your life anyway. People enjoy your company for who you are and not for what you do. You deserve to take time to yourself, to say NO, and to take care of yourself without feeling guilty. It’s within your reach to change - one small step at a time!