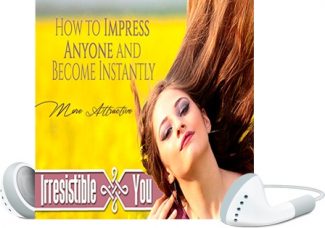 Report: How to be Engaging, Charming, Charismatic and Persuasive

How are you in a group setting? How confident are you at talking in a group? When you meet new people, do you feel anxious or do you revel at the chance to dive straight in?

Most of us would say that we still feel at least a little anxiety in a lot of social situations, especially those that require us to interact with lots of people we don’t know, or where there is some kind of pressure to perform well.

And those people that don’t feel any anxiety might be more worrying still – it suggests that you might not truly be thinking about the situation or how you can optimize the way you’re acting and maximize your opportunities.

And there are SO many situations in life where being able to mix into a crowd and make the best possible impression is crucial. Being more likeable, charismatic and charming is crucial if you are at a networking event, or if you’re given the opportunity to work with a new company. It’s crucial when you’re going for a job that you really want and it’s crucial when you’re trying to pick people up in bars.

Trust me when I tell you that there are people for whom this comes easy. And those people tend to have amazing opportunities handed to them on a plate. If you’re someone who is instantly impressive and who can demonstrate their skills and their confidence in any setting, then you’ll find people instantly taking chances on you and giving you opportunities you won’t believe.

The good news? This can all be learned.

In this post then, we’re going to look at some things you can do to start becoming more confident and likeable, and to demonstrate your very best side. The result will be that you’re more instantly impressive and attractive – which will help you in every aspect of your life.

I mentioned that there are people out there to whom this comes naturally. Perhaps you know someone. I personally have a friend who I’ve known since university and who was just as goofy as me during those years. That’s to say that he spent a whole ton of evenings watching YouTube, wasn’t particularly ‘cool’ in the traditional sense and wasn’t exactly thriving on his course. Suffice to say, he was just a regular guy.

But despite not being anywhere near the top of his class, he got the placement job that everyone on his course wanted. This was simply due to how well he interviewed. When he left Uni, he went to work with Simon Cowell but shortly after decided he wasn't interested in that career anymore. So he chose a completely different path and in months he had changed career and is now on a six figure salary. He took a year long sabbatical recently and his work were happy to pay him while he was away. He’s always being given development opportunities, women love him and he recently got offered a spot on a massive YouTube channel.

So why does all this great stuff happen to him? Simple: he’s highly charismatic and charming and attractive in the magnetic sense. He just has that X factor and this means that people want to work with him, despite the fact that if you knew him at uni, you’d know he was actually just a regular guy.

Well, it actually comes down to our evolutionary history. Our evolution dictated the development of our hormones and emotions which in turn serve one basic directive: ensure our survival and ensure the survival of our offspring. That’s why we’re driven to find food, it’s why we look for mates that seem to offer good genetic material and it’s why we like people who have resources.

Something very similar plays out when it comes to deciding who you want to associate with. Often, we choose people to associate with because we think they can help us to survive. Someone very confident will appear to have a higher social status (even if that is not true) and so spending time with them might help us to elevate our own social status. Someone who seems to know what they’re doing might be able to help us with access to foods or potential mates.

This is a big part of why we gravitate toward some people and not others: they are sending a signal that they are highly capable and that they are a good genetic ‘pick’.

The Game For Life

This is a concept that pickup artists realized some time ago. They realized that women don’t like men who dote on them or who pay them compliments all day because they don’t offer any challenge. If you’re infatuated friend who has been friendzoned and you spend a lot of time comforting her and telling her she’s beautiful, then guess what: you’re going to look needy and desperate. And unconsciously this says to her that you think she is out of your league. And if she’s out of your league, then what would you have to offer or her or her DNA?

Meanwhile, the ‘jerks’ are more aloof and indifferent which makes them appeal more desirable. It’s the simple logic that you want what you can’t have but with some added evolutionary incentive.