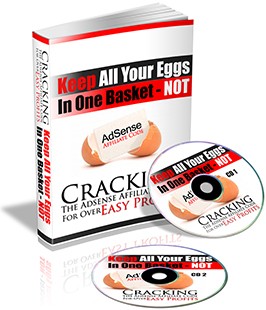 Terry: How does your traffic system tell you where they’re reading down to on the page?

John: It’s my own tracking system. It’s coded in PHP and it’s not available to the general public. I’m thinking about making it available in the not to distant future. Basically is uses a system where there little snippets of codes all the way down a page. The further down a page somebody reads, then that particular piece of code flags an indicator. Say, there were five codes that were flagged down the page, I can tell how far they scrolled by what marker they got to on the page.

Don’t ask me for the technical information, Terry. I just tell people what it is that I want to do and then they create a system that does it for me. I don’t know how things work; all I’m interested in is the results something can give me. The more data I have the easier it is for me to look at something and see how it can be improved.

John: Yea. It makes a lot of sense, if you think about it. A lot of people traditionally will look up a keyword, let’s stick with pet food, and they might want to know what the demand is for pet food. They could set up an Ad Words campaign where they set up a site with a squeeze page, one that gives away a free report, or maybe it’s a survey page. Traditionally, people have paid Google so many cents per click to drive traffic to a site to determine whether or not people are willing to give information and sign up to a list or just generally to determine if there is a sufficient interest in a particular key word before they invest in affiliate programs or something like that.

I turned that on it’s head. I came to the conclusion that, instead of me paying Google to do research, Google should be paying me to provide me with research information. If I’m interested with a niche market, I’ll set myself up with an AdSense site, I’ll maybe have ten or 15 articles written, I’ll created a 15-20 page site using the primary key words and a few secondary key words. Stick that site up and then leave it for a month or two or three, and after we have some traffic going to the site… some of the articles I’ve written I put in directories… maybe put some signatures around to drive traffic to a site; there are all different ways to drive traffic to a website.