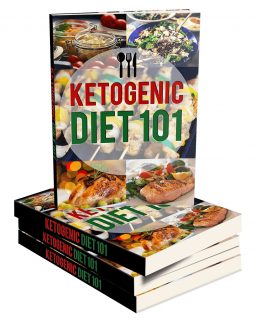 Although ketogenic diet has been around for almost a century, it is rapidly gaining popularity today. There is a reason why keto is so highly regarded. It’s not a fad diet. It actually works, and it has tremendous health benefits in addition to weight loss. When on the keto diet, you are feeding your body exactly what it needs, while eliminating toxins that will slow it down.

The keto diet focuses on low carbohydrates, which the body converts into energy to help speed up weight loss.

What exactly is the problem with high carbs, and why should you avoid them? Carbohydrates are converted into glucose and cause a spike in insulin. As the insulin enters the bloodstream to process the glucose, which becomes the main source of energy. A spike in insulin can also result in storage of fats. The body uses carbohydrates and fats as energy, the former being the primary source. So the more carbs you consume in your daily diet, the less fat is being burned for energy. Instead, the spike in insulin will result in more fat storage.

When you consume less carbohydrates, the body goes into a state referred to as ketosis. Thus, the name for this low-carb diet.

Ketosis helps the body survive on less food. By being in ketosis, you ‘train’ your body to utilize fats as the main source of energy instead of carbs, simply because there is close to zero carbs to begin with. During ketosis, the liver breaks down fats into ketones, which enables the body to use the fat as energy. During a keto diet, we don’t starve ourselves of calories; we starve the body of carbohydrates. This makes weight loss easy and natural. Later on, you’ll learn that the keto diet has many additional health benefits besides fat loss.

The keto diet is an easy diet, but some people do miss beans and breads. It takes a bit of getting used to, starting anything new is challenging after all. But ultimately, you’ll feel much better, both physically and mentally that you’d be happy to avoid carbs once and for all. And being able to eat bacon on a diet does have its rewards!

Chapter 1: What is Ketogenic Diet?

The keto diet is a low or zero carbohydrate diet, but it differs from other low-carb diets (such as Paleo) in that it deliberately manipulates the ratios of carbs, fats, and protein to switch fat into the body’s primary source of fuel. Our bodies are used to using carbohydrates as fuel. Fats, which is a secondary source of fuel, are rarely tapped on. That means the extra fat is stored and keeps adding on the pounds.

The only ways to reduce fat in a ‘normal’ diet are to consume less fat and workout a lot in order to increase energy expenditure over daily calories intake, which is why most people fail to lose weight on conventional diet.

On the other hand, the ketogenic diet uses fat for fuel, which means it gets used instead of being stored. So, weight loss becomes easy. In addition to weight loss, the ketogenic diet is known as the “healing” diet. The lack of sugar intake has been proven to help and prevent many diseases such as heart disease, high blood pressure, cancers, epilepsy, and many symptoms of aging.

The manipulation of carbs, fats, and protein is curcial in order to get into ketosis. It’s a state when the body, deprived of the usual carbohydrates and sugar, is forced to use fat as its primary fuel. So the ratio of fats and protein are significantly higher than carbs in general.

Of course, consuming less carbs also means lowering the amount of insulin in your body. Less insulin; Less glucose and fat storage. That is why the keto diet has been so successful in helping people with diabetes. It adjusts the sugar level naturally.

The ratio of carbs, fat, and protein can vary. Many people allow themselves up to 50 grams of carbohydrates a day and still lose weight. On a stricter regime, the carb intake can be between 15 and 20 grams daily. The less carbs, the quicker the weight loss, but the diet is very flexible.

The ketogenic diet is not a fad. Many scientific studies have shown the benefits and healing effects of ketosis. Discuss the ketogenic diet with your doctor if you are interested in consuming less sugar, losing weight, or as preventive measures against vulnerable health problems.

Although ketogenic diet is popularly known as a ‘rapid fat loss diet’, it is actually more to this than meets the eye. In fact, weight loss and higher levels of energy are only by-products of the keto diet, a kind of bonus. It has been scientifically proven that the keto diet has many additional medical benefits.

Let’s begin by stating that a high carbohydrate diet, with its many processed ingredients and sugars, has absolutely no health benefits. These are merely empty calories, and most processed foods ultimately serve only to rob your body of the nutrients it needs to remain healthy. Here is a list of actual benefits for lowering your carbohydrates and eating fats that convert to energy:

Keeping blood sugar at a low level is critical to manage and prevent diabetes. The keto diet has been proven to be extremely effective in preventing diabetes. Many people suffering from diabetes are also overweight. That makes an easy weight-loss regime a natural. But the keto diet does more. Carbohydrates get converted to sugar, which for diabetics can result in a sugar spike. A diet low in carbohydrates prevents these spikes and allows more control over blood sugar levels.

The keto diet is based on protein, fats, and low carbohydrates. As we’ve discussed, this forces fat to become the primary source of energy. This is not the normal western diet, which can be quite deficient in nutrients, particularly fatty acids, which are needed for proper brain function.

When people suffer from cognitive diseases, such as Alzheimer’s, the brain isn’t using enough glucose, thus becomes lacking in energy, and the brain has difficulty functioning at a high level. The keto diet provides an additional energy source for the brain.

A study by the American Diabetes Association found that Type 1 diabetics improved their brain function after consuming coconut-oil.

What does this study mean to an average person? With the emphasis on fatty acids, such as omega 3 and omega 6 found in seafood, the keto diet is likely to fuel the brain with the additional nutrients to help achieve a healthier mental state. The brain tissue is made up largely of fatty acids (you’ve heard fish referred to as “brainfood”), and the increased consumption of those fatty acids will logically lead to improved brain health.