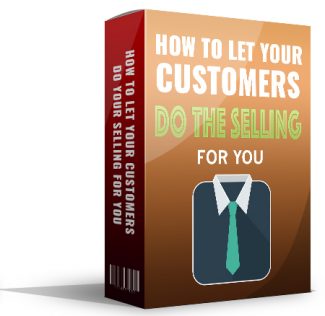 You know about testimonials – those little blurbs from customers that tell prospects how great a product or service is.

But did you also know that over 70% of customers look at product reviews before buying? And 90% of participants in a Zendesk survey say they were influenced in their buying decisions by positive reviews.

According to research firm McKinsey, customers that come in through the advocacy of other customers actually stay longer and pay you more over time.

And it gets even better, because according to Influitive, customers who advocate for you will actually stay longer and pay you more.

Talk about a win-win-win, with YOU coming out as the biggest winner of all.

First, let’s talk about the elephant in the room – that is, the problem with 90+% of testimonials out there right now…

The problem – and it’s a big problem – with testimonials is they tend to be too sugary. Too positive. Too… unbelievable.

“Since I bought the ABC Super Scooper Money Making Machine, I’ve made so much money I dumped my wife of 22 years and I married 18 year old super model triplets. I now own 16 homes, 83 cars and my own personal rocket ship to Mars. Plus my skin rash cleared up real nice and I’m about to buy a big yacht and an island and become president of a South American country. Let me tell you, that was the best $19.95 I ever spent!”

You believe that, don’t you?

What happens when you hand your snazzy jazzy resume to a hiring manager? Sure, they read it. But do they BELIEVE it? Nope. If they did, they wouldn’t do all that digging into your past, your social media accounts, your previous employers, your college records and your references.

Why don’t they believe what they read in resumes?

1. A lot of people ‘pad’ their resume, making themselves sound better than they are. And since they don’t know you, they just have to assume you’re padding until proven otherwise.

2. It’s all positive. Nearly nobody every puts anything negative on a resume. “That company canned me because I didn’t do a darn thing for 8 months but play video games on the computer and play with the company dog.”

And what does this teach us about why people don’t believe testimonials?

1. A lot of testimonials are fake, or at least people perceive them as being fake

2. The reason they think they’re fake is because they’re all positive – sometimes ridiculously positive - like the example at the beginning of this article.

With those two strikes going against you, how do you get real testimonials that people BELIEVE?

By getting believable testimonials.

Which brings us to the question:

What makes a testimonial believable?

If the testimonial starts out on a negative note, people’s defenses go down and they your credibility goes up. In fact, not only does a bit of negativity ring true and become believable, but there’s a second benefit as well:

Because the testimonial starts out negative, people are captivated into reading it from start to finish.

Let’s say a friend is recommending an auto mechanic to you. What might they say?

“You know that repair shop on 5th and Vine, the one in the tacky yellow building? Well I went in there the other day because something was wrong with my car.

The place came highly recommended, but I gotta tell you when I walked through the door, I wasn’t too sure. It didn’t look nearly as modern as the repair shop at the dealership. But they took great care of me and my car. They diagnosed the problem in minutes, told me exactly what was wrong and how long it would take to fix it.

It cost way less than I thought it would, and they had me back on the road in 40 minutes. I was so impressed. The last time I went to the dealership they tried to upsell me on a bunch of stuff and I know they overcharged for what I let them do. I’ll never go back to the dealership again.

That repair shop might look a little funky, but the mechanics are top notch, fast and friendly, and they don’t try to rip you off.”

Notice how different this testimonial is from most of the testimonials you see online. This one starts out negative, talking about “the tacky yellow building,” and “it didn’t look nearly as modern as the repair shop at the dealership.”

And near the close it gets negative again, saying “That repair shop might look a little funky.”

But there is no doubt the author of the testimonial is thrilled with the service he received and the price he paid.

THIS is a testimonial people will believe.

In fact, if you have several of these kinds of testimonials, half your job of selling will be done for you.

That’s because your customers will be overcoming prospect’s objections for you, in a way you alone could never do.