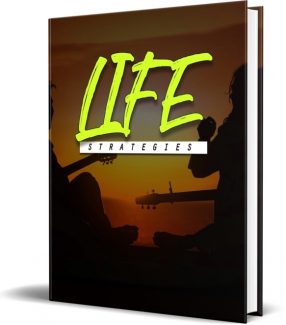 Welcome to the digital age.

While we take for granted much of the technology that surrounds us and the way it has changed the way we work and relax; it’s actually very important to recognize just how much it has impacted our lives.

Today we are constantly bombarded by information and stimulation and it is taking its toll on our brains. Meanwhile, the expectations placed on us by our work have only increased because of greater productivity tools and enhanced connectivity.

And it is not just technology that has changed life for us either. The demands placed on us in other areas have also increased. The world is more populous, living costs have gone up and our roles in society have changed. More and more women are now working full time, which while a good thing, has created new challenges in trying to raise and care for our children. The roles of men have likewise become increasingly uncertain and competition for employment is fiercer than ever.

Don’t get me wrong – none of this is bad in itself! Having greater access to entertainment, being able to communicate with anyone in the world and enjoying greater equality than ever before are all good things. The state of the economy is a little less rosy. But all in all, times are good.

The problem? We’re having a hard time keeping up with all this change!

And it’s leading to burnout.

For a great number of us, the demands placed on us are simply too great for us to shoulder. The constant stimulation and constant bombardment of information is leading to burnout. And knowing how to get what we want from life is seemingly impossible.

Our brains evolved in entirely different environments and they simply aren’t designed to thrive under these conditions. The result is what we call ‘overwhelm’. That means too much information, too much pressure, too much to do and too little time. We end up stressed, exhausted and disorganized and it’s just not good for our health.

You wake up first thing in the morning with a jolt because your alarm has gone off. In a rush, you clean your teeth and get ready for work while watching the news on whichever device you prefer.

You pack your family off for school and work respectively and then you set off yourself. You’re late, because it took you 20 minutes to choose what you were going to wear and to find your keys. And because you lay there on the couch for 5 minutes doing nothing.

What follows is a tedious and frustrating 10-90 minutes of commuting – complete with angry fellow commuters, stuffy carriages and probably a fair amount of time spent playing Candy Crush. By the time you get into work, you’re already stressed, late and feeling a headache come on from peering at a small screen under artificial lighting.

You then have a strong coffee, leaving you feeling wired, and you open your inbox to 10,000 emails (okay, maybe that’s an exaggeration but you get the point!). You set yourself some things to achieve for the day – just so you can get back to feeling ‘on top’ of work, but then you spend the next 20 minutes on Facebook and YouTube watching cat videos.

Lunch comes and you feel like you’ve barely done anything. You head out for lunch and grab the cheapest thing you can find that’s sugary and have another strong coffee.

This doesn’t exactly fuel you with energy for the second half of the day, which is spent largely putting out fires. How can you be expected to progress in your career and to get the kind of lifestyle you want, when you’re spending the whole-time treading water?

By the end of the day, you’ve spent most of your time responding to emails and trying not to get distracted. You end up leaving an hour late, which is followed by another hour of commuting.

You’re now home at 7pm. You should make a healthy meal for your family, maybe suggest a fun activity that you can all get up to?

But you’re completely stuck for inspiration, so instead you put on a pizza and a film and crash on the couch for the next hour.

The house is untidy and messy though, so you feel generally anxious and stressed instead of getting any relaxation.

There were things you were meant to do this evening too: calling your friend who you haven’t spoken to in ages for example was high on the list.

So was paying that bill. Only you can’t face the idea of paying that bill because you don’t want to rummage through the piles of documents on your desk. You’re not even sure you can find the bill anymore. Which would mean calling them on your lunch break to get them to send out another one.

You haven’t even looked at your bank account because you don’t want to know how bad it is. You’re supposed to be saving for a mortgage/your kids’ college fund, but you have that stag/hen party coming up that you can’t really afford but can’t really get out of either…

And you don’t want to call your friend because you’ve now only got an hour left before you start getting ready for bed. And how can you justify calling that friend when you haven’t paid the bill? So you avoid looking at the WhatsApp message because you don’t want them to see that you’ve seen it.

Let alone spending any time with your wife/husband?

Then you get an email from work reminding you how much you have to do tomorrow, which only stressed you out further. You browse Facebook a bit more and respond to some notifications from Candy Crush.

Then you hit the sack – later than planned – and having done barely any of the things you wanted to do. You still haven’t read that new book you bought and were excited about.

Maybe tomorrow will be a better day?

Except you can’t get any sleep because you’re stressed, and you just spent the last hours before bed looking at screens. And the coffee is still in your system…

And at the weekend you have about 20 things to do and that dinner party you’re supposed to be going to.

Conquering Information Overload – What You Will Learn

That last section wasn’t designed to make you feel even more stressed and anxious than perhaps you already are. Rather, it was intended to draw attention to some of the very real issues that we face on a daily basis.

Most of us simply have too much to do, we are too ‘wired’ and we are too bombarded with information, decisions and more. Approximately half of us are burned out because we’re trying to do too much and because we’re struggling just to keep afloat. The irony is that we actually end up achieving less the more we try and squeeze in and as such, we can never get ahead.

But there is an answer and there are ways around these problems.

The secret is organization.

It might sound like a small thing but staying organized is actually everything in today’s environment. By staying organized and keeping on top of all that information, those huge to-do lists and your calendar, you can take each challenge one step at a time.

You can automate some of the work that is taking up the most time and energy, you can delegate and you can find better ways to think about the problems and challenges that come up.

Once you learn to prioritize, organize and schedule, you’ll find life becomes MUCH more manageable and that you have far more time for yourself, your family and your goals. You get to actually enjoy life again, while at the same time standing more of a chance of achieving everything you want to achieve.