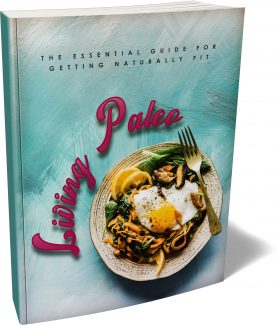 It seems that everywhere we look these days, someone is trying to convince us that their way to get healthy is the best way. Between fad diet trends, supplements, and products that claim to work miracles, the world can seem like an amazing place full of wonderous technology that can help us to shed weight fast. And choosing between options is often overwhelming and difficult. Especially once you begin to unearth the gritty truth about many of these options. Scams abound, chemicals and hormones can be altered in the body and cause terrible effects, and products that claim to work miracles can be harmful in the long run.

So who is there to trust when we want to begin a healthy lifestyle?

The answer is simple. Nature.

In nature, there is a natural balance that can be very delicate. If we veer away from natural practices and substitute things like healthy eating and exercise with pills and starvation, the obvious results will be detrimental to us. We were designed to enjoy a bountiful diet that is rich in specific things; healthy fats, vitamins, and minerals.

That is where the paleo diet comes into play. Introduced during the 1970s by a man named Walter Voegtlin, the idea of eating only the foods that were consumed by our ancestors from the Paleolithic era has become immensely popular. When we stop ingesting foods that were introduced during the time hunting and gathering slowed down into farming, the idea is that we limit many starchy products and fatty meats and stick to the foods that are nutrient rich and ideal to keep the body and gastrointestinal tract as happy as possible. He thought it would be a good way to influence modern people to eat in a healthier fashion.

Voegtlin was a pioneer in his field, and his research inspired others to reach conclusions about the diet for themselves. Another doctor believed that our bodies were evolved for this type of diet. That is, to be eating the kinds of foods that our hunter gatherer ancestors were able to gain access to in their travels. We are naturally adept at digesting lean meats, fruits, vegetables, and nuts and seeds. In fact, they are incredibly good for us! The types of foods that became commonly and commercially available to us through farming, foods like grains, corn (which is technically a grain), and dairy products consumed in an abundance can cause the body many issues. Lactose-intolerance, gluten intolerance, and other allergies abound from commercialized and common staples foods of this nature. Not to mention, several of them are very starchy, which can make it difficult to lose weight.

The Paleo diet is great for those who are hoping to shed a few pounds, but more than that it is a major lifestyle choice. It isn’t just about losing weight, but about feeling great and making choices that are healthy for you and that make you feel good. It can be very stressful to know that the foods we are eating, by choice, are doing harm to our bodies. Even if we aren’t consciously aware of that specific harm, we innately understand what is good for us and what is bad for us most of the time, and there will always be a weight on our shoulders when we are consuming foods that we know for sure are bad for us.

While losing weight isn’t the primary goal of the Paleo diet, it is an incredible benefit. If you are used to the Standard American Diet, also known as the SAD diet around the world because of the pitiful lack of nutrients in the typical meals served when consuming processed, pre-packaged meals, then chances are high that you are suffering physically from it in some way, or will in the future. Processed foods are terribly unhealthy, as will be covered in a later chapter. So cutting these bad foods out and making the choice to go Paleo is a huge game changer. Your body and your mind will feel better than they have in years! All because of a simple switch.

Going Paleo isn’t a fad diet trend where you are going to have to go out and get a journal to count every calorie you consume so you know whether or not you are doing it right (Although to be truthful there is some benefit to some journaling, if you want to hold yourself accountable to the choices you are making. More on this in a later chapter.) Sure, if you are overeating and not getting enough exercise to burn the calories you consume, then calorie counting can be of great assistance. However, many people can take that practice to extremes and not consider the nutrients they may be missing out on when they are following fad diets. Going paleo is completely different. You don’t have to get out a big complicated map to chart the way. You just have to take a step back and look at our ancestors and think, well, they were able to achieve good physical health a natural way. So can we!

You may be wondering why go Paleo? What’s the difference between that and, say, keto? Or vegan? Or Atkins?

The answer is beautiful in its simplicity. The Paleo diet is unique in that it is not a diet so much as a mentality. It is a new way to look at life and a wonderful filter through which to make your food choices. Rather than saying, “I can only eat this many carbs today because of my diet,” you can say, “I can eat a full meal and it is going to be delicious!”

This is because unlike the ketogenic diet, where you are forced to cut carbs to a dangerous degree to the point where your body is practically in starvation mode so you lose weight quickly, you are simply funneling your food choices so that they are all of a healthy variety. You don’t want to eat junk food, things loaded with excess salt and preservatives and who knows what kinds of hidden sugars. You want to eat the foods that are naturally loaded with the nutrients our bodies need in order to thrive. You want nature’s diet!

That’s why the Paleo diet came into being. The man who founded it wanted to influence everyone to eat the way our Paleolithic ancestors ate, because it wasn’t full of carcinogens and unknown risks. It was a clean, pure way to get your food so you were able to function through the harsh elements and survive. Some may argue that if the Paleo diet was so great, why didn’t the Paleolithic era people live longer? The answer to that is simple. They lived in very dangerous conditions. They didn’t have advanced medicine the way we do today. They were able to fight through diseases naturally that might have wiped us out because their immune systems had to be tough to weather the elements. If they had managed to gain access to the kinds of technology we have developed today, there’s no telling what kind of world we would be living in now!

In any event, the Paleo diet is a natural way to keep the body balanced, keep the mind clear and alert, and provide us with the flexibility and nimbleness that we might have needed thousands of years ago in survival situations.

We are lucky today that this kind of diet isn’t as necessary as it was then. Can you imagine watching someone who was raised on a diet of fast food and processed, pre-packaged meals try to outrun a wild animal? Or better yet, fight and kill it with just their ingenuity and crude tools? Or even someone who was on a keto diet, putting their body through a lot just to shed a few pounds quickly. They might end up passing out without the proper amount of carbs in their system. Do you think people who are mistreating their bodies for convenience would win in a life or death situation? No way!

The principal behind going Paleo is simple. You want to operate at your maximum potential. The body runs on fuels, and that’s simply the way it is. What we feed ourselves equates to the quality of the gasoline that we put in our cars. If we are eating fruits, vegetables, and meats regularly, that’s a pretty standard type of gasoline. But if we are filling up on junk food and preservatives, high fructose corn syrup and pre-packaged processed foods and fast food, we might as well be putting diesel in an engine that is supposed to run on unleaded. We need to try harder to treat our engines better before they break down! Going Paleo is a great way to get rid of the negative foods that are impacting the body, even if it is in invisible ways. When we are eating foods that are unhealthy, it affects us in ways we sometimes don’t realize until it is too late to change it. For example, eating foods high in salt and fat can start affecting your arteries. You don’t feel it happening, and it can be a huge surprise until your doctor tells you that you need to work on your cholesterol. Worst case scenario, you have a heart attack before you even notice that anything has gone wrong. Heart disease is one of the leading killers in the United States of America, and it isn’t difficult to see why.