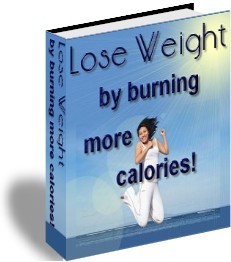 Yep. Eat. You have to eat in order to keep your metabolism running in an optimal manner. Are you skipping breakfast in order to cut back on calories and lose weight? Bad battle plan, soldier. Let’s work out a battle plan together here and I’ll s how you just why you need to eat, when you should eat and what you should eat.

Remember that not eating sends your army into survival mode, right? It believes you are starving and so slows down it’s metabolism in order to conserve its stores. Let’s s ay you’ve been asleep for 8 hours. You didn’t have anything to eat for two to three or more hours before you went to bed last night. Now your body has been without food for about 11 or 12 hours. If you skip breakfast, you’re adding more time and your body is starting to whimper and wonder where its fuel is and if it’s ever going to come and s hould it start conserving now because starvation is just around the corner? You’ve got your little soldiers all up in a lather and that’s not a good thing.

Now, what happens if you go to bed, get up and eat a healthy breakfast? You have, in essence, broken your fast. You’ve been fasting for ten or more hours and now it’s over. Your little soldiers can relax and get back to their normal duty, which is burning calories instead of storing them.

Eat small meals and eat them often during the day. Research has shown that breaking down the traditional three meals a day into six smaller meals, spaced evenly throughout the day will result in a boost to your metabolism.

No this does not mean you can go out and have a Mcbreakfast meal in the morning, a steak and fries two hours later, five Twinkies and a ho-ho next, then tacos with s our cream and guacamole for your next meal, BBQ ribs with mashed potatoes for your fifth meal and a trip to that all-you-can-stuff-into-yourself-buffet at the mall for your sixth and final meal of the day. Sure, you might be boosting your metabolism a bit, but you’re overcompensating with too many calories and losing the Battle of the Bulge in a BIG way. Your soldiers will be so over-run with calories that they will be forced to store them as fat.

Break down your meals into six smaller and HEALTHIER meals during the day. Lower your caloric intake in a healthy manner and your little soldiers will not only win the battle, you’ve given them the right weapons to win the entire war.

Also, avoid white in your diet. Simple sugars, rice and refined flour are all absorbed quickly by your body and are turned into fat stores. Eat more complex carbohydrates. They take a longer time to be absorbed into your body and this enables your blood sugar to remain level. Try eating brown rice instead of white rice, whole grains in your breads and pas ta made from wheat flour instead of white refined flours.

Avoid caffeine and drink green tea ins tead. Caffeine is known to bock abs orption of vitamin C , create a bit of unhealthy acid in your system and stimulate sugar cravings. If there’s one thing you don’t need when you’re trying to lose weight, its sugar cravings. Green tea has antioxidants and doesn’t have all those nasty side effects that coffee can give you.

Drink at least 8 glasses of water a day. Water flushes out all the toxins that are set free when you’re losing weight. If you are dehydrated, your metabolism slows down. Try drinking very cold wate when you’re pus hing the H2O. Your body has to remain warm and it will boost your metabolism a bit each time it has to warm up after your glass of ice water.