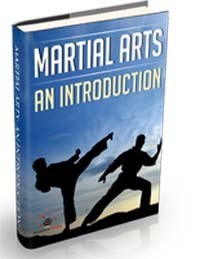 Its no secret that Martial Arts has indeed come a long way over the years. Many years ago, Bruce Lee helped the Arts become even more famous, when he developed his style of Jeet Kune Do. He participated in several movies, showing the world his speed and finesse. Since then, movies have been a popular way to showcase Martial Arts skills.

Back in the early 1990s, the UFC (Ultimate Fighting Championship) came along to take things one step further. Even though there have been other competitions similar to the UFC, none of them had the flair and the dedication as UFC did. When it first began, the UFC paired different styles and different weight classes.

The result were exciting fights with varying results. The first ever champion was a man from Brazil named Royce Gracie. Gracie was the first to introduce Brazilian Jui-Jitsu in this way, opening up the eyes of everyone who witness him fight. After the first UFC tournament, Brazilian Jui-Jitsu was instantly viewed as the best Martial art. Royce weighed under 200 pounds, and he was completely dominating people nearly 3 times his size.

Gracie would go on to win UFC 2 and 4 as well. He was the most dominating in the sport, and opened the eyes of everyone across the world. In UFC 3, he didn't lose, although he ran into a very tough fighter who nearly beat him. Gracie came back in UFC 5 for a superfight match up with Ken Shamrock, which would go the distance and end in a draw.

Other fighters have done exceptionally well in the UFC, although none of them had the impact as Royce

Grade. Fighters like Ken Shamrock, Dan Severn, Oleg Taktarov, Matt Hughes, and Matt Sylivia have also done very well. Matt Hughes is also regarded as one of the best, as he fights in the Welterweight class and is considered pound for pound to be the best fighter in the world.

In the world of MM A (Mixed Martial Arts), the UFC has made a big impact. In the beginning, there were no rules and no judges, just one on one fights until someone either tapped out, got knocked out, or the ref threw in the towel. Fighters also fought in a tournament style as well, which took 3 fights to win the championship.

Over the years, there were several changes. The UFC would start with judges after a few years, along with eliminating the tournaments. The fights would eventually go to one on one, which was great for the fans. Although the fights didn't have time limits in the beginning, they do now. The non title fights are three 5 minute rounds, while the title fights are five 5 minute rounds.

If a fight goes to the judges, the judges decide the winner. There are three judges, which normally change with each different UFC. Judges are there do determine the winner if there is no knockout or submission, while the ref is there to protect the fighters. The referee can stop a fight as well, if a fighter is unable to defend themselves.

With all the changes in the rules of the UFC, it's only a matter of time before the UFC gains a lot more popularity. It is more popular today than it ever has been, which tells you that Martial Arts have come a long way.