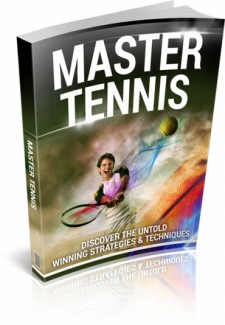 Chapter 6: The importance of the grips

The general rule of thumb to go by would be to find a grip that is most suitable for the individual as it is not a one size fit all kind of concept. The grip will not only determine the quality of play that the player eventually displays but can also affect the body conditions negatively.

Basically it would be better to start with a smaller grip size and then make adjustments until the grip size is both comfortable and safe for the user. If the grip used is unsuitable, there would be some twisting of the hand to, execute the stoke each time it is executed, thus contributing to the tennis elbow syndrome. This is a rather painful condition and would almost always require the attention of a medical professional.

The ideal grip size is usually found anywhere between the standard measurements of 4” to 4 and 5/8” and are at about 1/8” in intervals. The grip is often calculated by referring to the circumference of the grip the individual makes when holding the racquet. In order to get an estimation of the most appropriate grip size, a ruler should be placed at the bottom of the horizontal crease in the palm of the hand that is going to be holding the racquet. The measurement is taken from this point to the tip of the ring finger. This will indicate the ideal grip size for the individual. However if there is a need, and additional over grip can the added on which is about 1/16” in size to make the feel more comfortable.

Another method for measuring the grip would be to observe the amount of space between the fleshy part of the pal, and fingertips. Being able to “plug” this gap with the index finger of the other hand comfortably without any looseness or tightness (that doesn’t allow the finger in), would then give the player a good idea of the suitability of the grip chosen.

Chapter 7: Working on the perfect swing

There are a few set motions to follow in order to be able to execute the perfect tennis swing. By following these motions as closely as possible the individual will be able to master the swing well enough to break the opponent percentage of the ball possession, thus improving the chances of scoring points.

The following are some tips on how to go about perfecting the tennis swing:

While establishing the balance in the stance, the player should be aware of allowing the stoke to be played while letting of with the non dominant hand while keeping the racquet pointed away from the intended target at a waist high position. Maintaining enough space between the body and the ball when in the final position to return the shot is important. Always ensuring the ball is hit from a waist high stroke will help to keep the balance and the return stroke accurately placed.

Making contact with ball when the racquet head is positioned at the same height as the hand is important and this should be done while remembering not to bend or straighten the arm. Moving the wrists to accommodate the stroke is also not encouraged as it will change the direction of the contact on the return stroke. Instead the player should be accustomed to rotating the shoulder while keeping an eye on the ball at all times to calculate the ideal return stroke.

Being able to execute varied strokes effectively and efficiently will allow the player to serve better and more competitive strokes and will be present a challenge to the opponent. This will also create the opportunities for the player to score points and win the game easily.

The two main spin techniques would be the topspin and the backspin and being able to execute either one of these with a suitable force, will create ideal circumstances for the possibility of the opponent not being able to take and return the stroke successfully.

A top spin shot is shown when the ball is hit by sliding the racquet up and over the ball as it is being hit. The friction between the racquet’s strings and the ball will cause enough momentum to make the ball spin forward towards the opponent.

This kind of shot will bounce at a lower angle to the ground as the shot dips down after impact. The natural friction caused by the bounce angle will create the topspin as the ball moves towards the opponent’s side of the court.

The backspin shot is executed in an almost opposite manner, where the sliding of the racquet under the ball is positioned just before the return contact is made. Requiring only half the racquet head speed it will cause the ball to generate the ideal backspin or slice that is needed for the return stroke.

In this instance, the player is not required to change the direction of the already spinning ball. If the oncoming ball is already in a topspin motion the, the returning stroke will effectively create the slice hot as the rotation is maintained through the stroke. The direction of the shot can be changes but the ball will continue to spin from top to bottom as it moves away from the player towards the opponent side of the court.

These two strokes are essentially what make up the game of tennis, and once mastered adequately, the player will be able to initiate a fairly competitive and enjoyable game play.

The tennis forehand is the most basic and most used stroke for any tennis player. It is also the money making stroke for the professional player in the tennis circuit.

Not necessarily being the easiest of all strokes, it is however the among the more effectively ones that can earn the player a good amount of points.