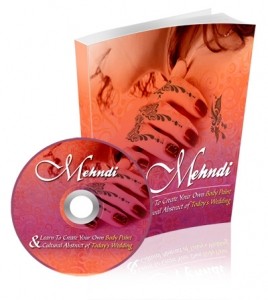 Evidence of Presence as a Heritage

Though, Mehndi found its origin in the outskirts of the African countries, it has spread across the whole world in almost 5000 years with excessive developments and modifications according to the specifications of the locals. It has developed in to a Marriage Tradition rather recently with special events dedicated to it in many countries along with other special activities solely organized for the Mehndi event.

Even though the culture is still gaining popularity in the West, it is more ceremoniously celebrated in the Asian countries, where before Marriage Day; an entire day is dedicated to embellishing the body of the Bride and all the women with Mehndi. This tradition though dates back to the Egyptian Era, where also the women were found to be decorated with Mehndi on special days and events indicated by their mummified body excavated by the archaeologists and the hieroglyphics present on the discovered ancient ruins.

With the versatility in the cultural and traditional norms, there is likely divergence in the normal techniques of Body Art that are followed in different countries. Wedding make-over also differs across the seven seas and skies with different ideas and styles prevalent everywhere according to the customary requirements and ancient traditions being followed.

European culture is mostly dominated with simplistic ideas in the beautification procedure on important and extravagant occasions as well as on normal festivals and days which naturally creates an elegant atmosphere with an exceptional and distinctive blend of grandeur and sophistication. Matching their aptitude, Mehndi tattoos have found their place in the heart of the Europeans which enhance the body appeal in a plain style as per their custom and tradition. The number of applicants joining the queue of Mehndi tattoo's desirers has shown an upward increasing trend.

On the other hand, Middle East and Asian countries are quite extravagant in the use of Mehndi on special occasions. Weddings are styled with pure complexity to give a magnificent tribute to the Mehndi culture prevailing in the continents. A complete day is dedicated to the applying procedure of Mehndi to the Bride and her female friends and relatives.

Bride's hands are extravagantly decorated along with hiding the name or letter of the groom. This tradition has been quite popular amongst the Hindu communities mostly. The groom has to spot out his name or letter before he can meet up with his wife. Besides the bride, the groom is also beautified by the Mehndi to compensate his good looks with those of the bride before the wedding day.

Whilst prospering in a specific culture, Mehndi has developed up different versatile arrangements across the seven continents to feed the various aptitudes of the common people. The traditions of the Bridal designs have remained common in a specific area with more widespread ideas over other places.

Mostly Mehndi is used in the Asian nations as proper jewellery for the Bride of versatile designs and patterns according to the customs and prevalent fashion. The designs specifically respond to the practices carried out on the occasion and represent particular objects, floral patterns, dresses, leaves or the birds associated with the event. Popular designs include those of the inclusion of Scorpion, a symbol of love and romance, as well as the Peacock, Lotus flower and the Fish, especially in the Rajasthan area of India.

Bride's hands are mostly elaborately decorated with intricate patterns and designs to give her a distinct look as compared to her friends and other women and stretch up to the arms and calves.