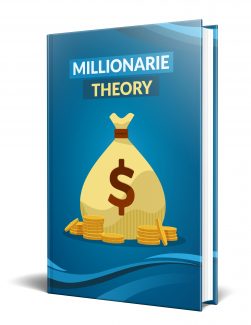 Why is it that very few people have been fully successful in living the kind of life they want but not others? Why is it that that most of us claim just “luck” to be the deciding factor of our destinies when we have been bestowed with the two hands, two feet, one brain, and the “free will”? What immerses some humans in their dreams so much so that they start following them blindly, without knowing that they how they would reach there? What makes other people help them in following their dreams while at the same time killing their dreams? Are you missing something from this short journey of your life on earth? Too many questions, one simple answer – The habituated qualities!

We are living in a fast-paced world that is changing more than ever in human history. In this century you cannot solve today’s issues with the previous solutions. While some wealth creation advice are timeless, it makes little sense to refer to old advice from decades or centuries ago to succeed today.

It seems that the majority of people are pretty lousy when it comes to an understanding why people succeed or fail. They will give you an answer which is just one small piece of the puzzle - the high achievers are born predisposed to certain productive talents and lacking in those that cause failure. In fact, successful people are the ones who live their life the way they want to live. They reach their personal and professional goals not because of who they are but because of what their qualities or characteristics are which in turn develop their habits or the things they do every time.

Today there are new problems: money is facing hyperinflation, the US Dollar is losing its value, property prices are going up so fast the average family cannot even afford, and the middle class is being wiped out

The first thing you would require, to get what you want in life, would be an unprecedented surge of motivation. You would waste your precious time looking here and there for the sake of getting motivated. What we have done is that we have researched the top and common qualities of the super successful people in the world, mostly from the 20th and 21st century. We have also researched on their real-life stories that are in harmony with these top qualities. Each time you would read a story, you would start getting boosted up. You would simultaneously like to acquire those qualities into your life and make them your habits. The short and to the point details of each quality are also provided in each chapter for this purpose.

While you are reading about these qualities, listen to the words in your heart as well as in your mind. Slow down and let each quality feel like your own for the time being. Imagine what it would be like if that characteristic trait was already yours and then work towards acquiring that quality in your life. Just dreaming about being the person you want to won’t take you there. You have to see what makes them different from you. You have to see what makes them do those things differently which, to your surprise, you too might be doing almost daily. Then you have to analyze what thing stops you from acquiring that quality if you ever tried it. Remove that impediment and see the magic. - However there are also new opportunities: the Internet, Cryptocurrency, Forex, E-Commerce, and more.

Neither we have any personal liking for the people mentioned in this book, nor do you need to have. The real motto behind writing this book is to make it clear that the humans are such smart creatures that their highest potentials are locked in the process of possessing and using these qualities (or maybe a few more). The people mentioned in this book have unlocked their respective highest human potentials, and it is the need of the hour to spread those stories, and the qualities associated with them, to every person living on this planet now and to those who will be born shortly (our kids). We can make ourselves achieve whatever our minds perceive, just by having a little bit of discipline in acquiring and enhancing these qualities. Then, the excellence and perfection that would embrace our world would be worth watching. This is why I created this Training - to bring you up to speed with how wealth creation can still work for you.

Think of the first thing that you do in the morning when you wake up. Do you hit the snooze button and go back to sleep? Or do you get up with a smile on your face as soon as the alarm goes off and start getting ready to face the day? If you answered the latter, they could be well on your way to achieving your success.

It might not sound like a big deal but start the day early and having a good morning routine are habits that most wealthy and successful people have. Have a look at why these two habits are important and think about how you start your day.

Most regular people set their alarm at night before they go to sleep. They set it at a particular time because they know that waking up at that moment gives them enough time in the morning to get ready and get to work. Some people hit the snooze button for an additional 15 minutes of sleep. This throws off their morning routine. The 15 extra minutes that they spent sleeping would need to be compensated later on by hastening their other morning rituals. The haste adds unnecessary stress and anxiety so early in the morning.

The stress from the morning could be carried over throughout the rest of the day as schedules could get thrown off even with just 15 minutes of extra sleep. People could end up being late for work and missing important meetings. In their haste to leave, they might forget important documents at home. Worse still, they might end up getting into minor accidents because they are driving faster than usual. The possible consequences of hitting the snooze button on the alarm clock are endless.

Unlike other people, a successful person would usually set his alarm at night and then wake up promptly as soon as it goes off. This is his way of controlling his day instead of just reacting to it. When you do your morning routine without the need to hasten your actions, you start the day relaxed and focused. You are not reacting to the idea of being late by rushing through breakfast or skipping it altogether. Instead, you have complete control of your morning and have the peace of mind knowing that you have enough time to do your routine and get to work. When you have complete control over your actions and emotions, you are setting the pace for the rest of your morning routine and the rest of your day as well.

For some people, getting ready means waking up at 5 AM, while for others, it could mean waking up at 7 AM. That’s because some people take longer to get ready while others don’t. There’s no exact formula for the right time to wake up, but most successful people wake up very early in the morning to be able to do more and maximize their day.