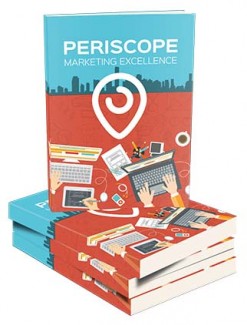 Now Blab is the one that is a little more interesting. This is a live streaming app that is really quite different from the other two but in some exciting ways.

Blab is essentially a live streaming app that runs through your browser (though there’s also an iOS app available). Rather than being used to film people walking down the road or doing workouts, Blab is more about discussions, debates and presentations. In other words, people tend to be sat down and it’s a bit closer to using Skype.

As with Periscope or Meerkat though, you can still start watching content from someone else at any time and you can still comment on the videos that they’re filming or choose to follow them.

What’s different though that you’ll notice early on, is that the videos tend to take up one quarter of the screen or they are split into four segments with four different people. What’s going on here is that this really is like Skype in that you can watch one person presenting or you can watch a two, three or four way discussion! One person creates the stream and then starts filming and chatting and then at any point they can invite other people to take a seat and to join in the discussion.

This creates a whole new slew of opportunities and potential ways to market yourself. For instance, it means that you can be much more interactive with your audience. Want to do an AMA? Then why not just invite your audience to take turns asking you questions live on air that you can answer on camera and that other people can watch? Likewise, you can conduct interviews with people across the globe.
Another great benefit of this is that when someone joins the discussion, they then become a host for the content as well. This means that their followers will then also see the footage being promoted in their feed meaning that you get more eyes on what you’re recording.

What’s also interesting about this is that it makes it possible for you to appear in other people’s videos and thereby gain exposure that way. Say you’re watching a video being recording by a big blogger like Tim Ferriss – you could ask to have a go in the hot seat and if he said yes, you’d then be exposed to his entire audience watching at that time, giving you an amazing opportunity to show how much you know and the kinds of content you’re capable of producing.

When you first go on Blab you’ll find that people are very keen to invite you into their discussions and this can actually be quite nerve wracking at first! But in fact, this is also perfect practice for getting better at presenting and also for getting better at interacting with strangers and for speaking as an authority on your topic. In other words, this is fantastic practice for presenting and a great way to hone your skills and it’s very useful even if only for that purpose.