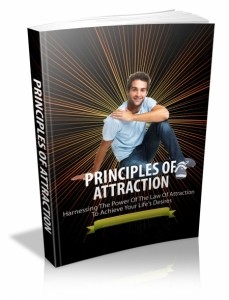 When I was in school, I thought my goal ought to be to get trained, discover a useful way to express whatever intelligence and creative thinking I had, and become some kind of favorable and contributing member of the world.

Anyhow that's what I trusted I ought to be doing based on how I was seeing society: be an awesome person; don't do foul things; learn the laws and edges; live within and by them.

Then I determined that truth didn't deal equally with everyone. Those that came from more affluent economical backgrounds had a head start in almost every area you're able to imagine.

People who didn't fit into the basic mold of what was specified as "normal", were addressed otherwise and frequently with favoritism. Society tended to have classifications of expectations toward different people at different times, producing double standards.

What I ultimately concluded is that success has nothing to do with fulfilling true potential. Success was directly related to my might to interpret not merely what society was literally saying but what it was inside the subtext of its messages.

Not everyone translates subtext at the same time or in the like manner, and those that do so speedier tend to be the ones that advance as they're able to size up what society expects from them and give it back, before others. This acquires them the attention, the pat on a back, and the proverbial golden star.

When kids are referred to as a genius, it's not that they're more gifted with abilities than others, but are able to do things much earlier than the bulk of other kids within their age group. Walking at 6 months as contrary to the normal 10 -13 months is thought a sign that a kid has developed a command over their physical coordination quicker than others his age.

Talking in total sentences at 18 months would for certain qualify a kid, by most, to be a genius. Studying at that age would also raise brows that a kid is meant for awesome things.

Genius isn't about power as much as about timing. The earlier you're able to recognize what reality expects of you and demonstrate it, fixes pretty much how society will label you as intelligent or slow, able or not, competent or not. Attempting to specify what true potential means is truly a quest that's more a distraction from nailing down what society truly wants or expects.

It would be more fruitful to merely center at the start on what society wants as its potential for you, or from you, supply it what it's asking for to get its approval. Then grow your talents for your own sake, through an individual search for self-fulfillment, rather than spending a lifetime questioning whether you've lived up to what you believe your real potential ought to be.