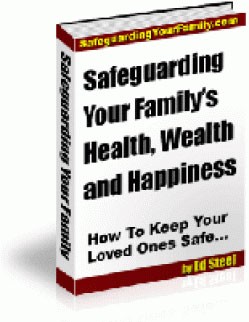 The cowardly act of terrorism against the US on September 11,2001 was probably one of the worst every witnessed in a single day. The US quickly united as one to respond to the horror and the threat to its citizens.

Not since the bombing of Pearl Harbor had we seen such an invasion or violation of our homeland. Now we know that there is a major threat to our lives out there and we know that the threat is very real. No longer do we feel totally safe on our own soil. More importantly, we realize just how vulnerable we are. However, we also know that our government took swift action to implement programs that ensure our safety. We now have a security force known as the Department of Homeland Security who is working hard to protect our country and its citizens.

With this new threat to live with, we need to do our part to combat terrorism as well. We don’t need to enforce strict rules that inhibit our freedom, but we need to keep our eyes and ears open at all times and be aware of who is around us. While the thought of terrorists existing in our own country scares the life out of us, we cannot live our lives in fear. We are not a fearful people, never have been and never will be.

We cannot and must not ever give in to terrorists. They want us to live in fear. They want us to stay home jumping at shadows. They want to rob us of the freedoms we have come to take for granted. But as Americans, we simply won’t let them!

We need to be vigilant when we are out and about. I’m not saying that we need to be constantly looking over our shoulders, too afraid to move. However, by just observing the people around us, we are more likely to notice someone acting suspicious because they will stand out in the crowd. We can’t leave the hard work to the government alone; we all have a vested interest in ridding our country of terrorists that live and work among us or of those who dare to invade our country.

There have been many changes that have taken place in this country since the 911 attack. While they may infringe on our freedoms a bit, they are all necessary. The biggest changes affected our ability to travel freely. Airports now have tight security measures in place that are important to our safety even though they may slow down the process of getting on our flights quickly. Unfortunately these things are necessary and the way that we can help is through tolerance and patience.

America has received a wake up call to take notice of credible threats against this country. Meanwhile, we need to work with and appreciate the increased security. It is being done to benefit all Americans. Instead of being part of the problem, we all need to be part of the solution so that we can all enjoy our freedoms fully once again. Above all we need to be AWARE!

No one was prepared for the horror of 911. After all, things like that just don’t happen in the good old USA, or so we thought. During the aftermath, President Bush acted swiftly to put the necessary safeguards in place to prevent this type of tragedy from happening again. He created the Department of Homeland Security, tightened up security at our airports and basically tightened security throughout our country. City and towns across the country went about creating disaster or security plans as well. The thought now was let’s be prepared to handle another attack of this type.

That’s a pretty tall order since you are trying to prepare for something that has no immediate defined parameters.

We have no way of telling if or when another attack may occur, who will attack us, or where it will happen. But those variables shouldn’t stop us from being prepared in the event that something of this magnitude happen in our country again.

Since the 911 attack, there has been a severe threat of more "suicide bombings” on the United States. As a matter of fact, government specialists predict it to be the next type of attack we could witness in this country. This is not a new phenomenon and has played a significant role in past history. Take for instance the Kamikaze pilots in World War II or the bombers targeting Israeli people or even the 911 bombers who all used planes as weapons of destruction and terror.

The purpose of suicide bombers is to cause as much causality as possible. What better way to do that then to target large public areas and buildings where a lot of people will be at one given time? By using a plane as their method of ensuring the most deaths possible, they can meet their objectives with great success.

So how can you possibly recognize a suicide bomber among us? Well, it is not an easy task to do. They are the most difficult type of terrorist to identify. But there are things that you can learn to do to increase your chances of survival in case of a terrorist attack.