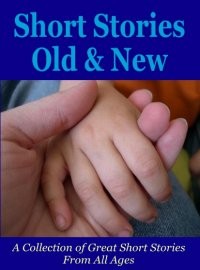 Setting. The story is set in a Paris atmosphere of social aspiration and discontent. The background is one of studied contrasts, contrasts between the stolid contentment of a husband and the would-be luxuriousness of a wife, between what Madame Loisel had and what she wanted, between what she was and what she thought she could be, between her brief moment of triumph and the long years of her undoing, between the trivialness of what she did and the heaviness of her punishment. These contrasts are developed not by reasoning but by action, each action plunging Madame Loisel deeper and deeper into misery. The author’s attitude toward his work forms also a part of the real background. Maupassant shows neither sympathy nor indignation. He writes as if he were the stenographer of impersonal and pitiless fate.

Plot. Madame Loisel, a poor but beautiful and ambitious woman, borrows and loses a diamond necklace valued at $7200. That, at least, is what Madame Loisel thought for ten terrible years, and that is what the reader thinks till he comes to the last words of the story. The plot belongs, therefore, to that large group known as hoax plots. In most of these stories one person plays a joke on another. In this story a grim fate is made to play the joke. In fact, the current phrase, “the irony of fate,” finds here perfect illustration. We use the expression not so much of a great misfortune as of a misfortune that seems brought about by a peculiarly malignant train of circumstances. The injury in this case not only was irremediable but turned on an accident. Notice also how Maupassant has sharpened the poignancy and bitterness of Madame Loisel’s misfortune by making it depend not only on an accident that might so easily not have happened but on a misunderstanding that might so easily have been explained. When Madame Loisel, just on the threshold of her life of drudgery, took the necklace bought on credit to Madame Forestier, the latter “did not open the case, to the relief of her friend.” The irony of fate could hardly go further; but it does go further a little later, when Madame Forestier, still young and beautiful, fails to recognize Madame Loisel because the latter had lost youth, beauty, daintiness, her very self, in toiling to pay to Madame Forestier a debt that was not a debt. Just before the final revelation Madame Loisel is made to say, “I am very glad.” There is a unique pathos in her use of this word: it lifted her a little from the ground that her fall might be all the harder.

There is no denying the art of this story, but it is art without heart. The author is a craftsman rather than a creator, a master of the loom rather than of the forge. Maupassant did perfectly what he wanted to do, but his greatness and his limitation are both revealed. “What would have happened,” he says, “if she had not lost that necklace? Who knows, who knows? How strange life is, how changeful! How little a thing is needed for us to be lost or to be saved!” The greatest art may begin but not end this way.

Characters. The man is only a foil to his wife. He is introduced to bring into sharper relief her unhappiness and her powerlessness to better her condition. He is not a bad man, nor is she a bad woman. To say that the story turns entirely on his honor and on her false pride is to miss, I think, the author’s purpose. There is nothing distinctive in these characters; he is better than she, but both are puppets in the grip of brute circumstance rather than everyday characters shaped by the ordinary pressures of life. They are not types as Rip is a type, or Scrooge, or Oakhurst. Maupassant shows in his stories that he is interested not so much in the free play or the full reaction of personality as in the enslavement of personality through passion or chance. He saw life without order because without center, without reward because without desert; and his characters are made to see it through the same lens and to experience it on the same level. They either do not react or do not react nobly. Had Madame Loisel and her husband been shaped to fit into a less mechanical scheme of things, they would have recognized in their ten years’ trial the call to something higher. They could have used their testing as a means of understanding with keener sympathy the lifelong testing of others. They could have attained a self-development that would have brought a happiness undreamed of before the fateful January 18. But this is Browning’s way, not Maupassant’s. The latter prefers to make Madame Loisel and her husband chiefly of putty so that they may illustrate the blind thrusts of accident rather than the power of personality to turn stumbling-blocks into stepping-stones.

She was one of those pretty and charming girls who, as if by a mistake of destiny, are born in a family of employees. She had no dowry, no expectations, no means of becoming known, understood, loved, wedded by any rich and distinguished man; and so she let herself be married to a petty clerk in the Bureau of Public Instruction.

She was simple in her dress because she could not be elaborate, but she was as unhappy as if she had fallen from a higher rank, for with women there is no inherited distinction of higher and lower. Their beauty, their grace, and their natural charm fill the place of birth and family. Natural delicacy, instinctive elegance, a lively wit, are the ruling forces in the social realm, and these make the daughters of the common people the equals of the finest ladies.

She suffered intensely, feeling herself born for all the refinements and luxuries of life. She suffered from the poverty of her home as she looked at the dirty walls, the worn-out chairs, the ugly curtains. All those things of which another woman of her station would have been quite unconscious tortured her and made her indignant. The sight of the country girl who was maid-of-all-work in her humble household filled her almost with desperation. She dreamed of echoing halls hung with Oriental draperies and lighted by tall bronze candelabra, while two tall footmen in knee-breeches drowsed in great armchairs by reason of the heating stove’s oppressive warmth. She dreamed of splendid parlors furnished in rare old silks, of carved cabinets loaded with priceless bric-a-brac, and of entrancing little boudoirs just right for afternoon chats with bosom friends—men famous and sought after, the envy and the desire of all the other women.