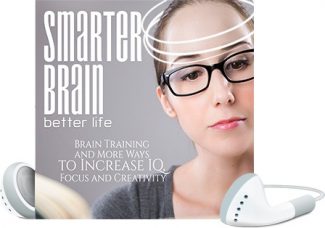 Boost Your Memory, Focus and Performance by Better Understanding Your Brain

Psychology is a fascinating subject for anyone who wants to learn more about themselves, about the way the world works and about how to have successful interactions with other people. Psychology is fascinating in this way because it provides us with effective models for understanding our thought processes and even what makes us human.

Psychology is used in this way to help us gain more insight as to the way our brains work and even to help treat and avoid mental illness.

But it can also be a fascinating tool for actually enhancing our capabilities. Once you understand how your brain works, then you can look for ways to get more out of it or even upgrade it. In this report, we’ll be taking a look at some of the different strategies that psychology reveals to us that can be used to hack the way our brains work and to get more out of them.

And if you can do that, then you can be happier, more productive, more focussed and even smarter.

So, let’s start with a little history lesson…

A Brief History of Your Brain

The study of psychology really began with Sigmund Freud and psychodynamic theory. Of course there was interest in the subject before then, but Freud pretty much brought us the first approach to therapy, the first ‘talking cures’ and the first attempt to really dissect why we think and behave the way we do.

Psychodynamic theory was highly popular and influential at the time but it has since fallen out of vogue. The central concept was that we have unconscious thoughts (not ‘subconscious’, which is a misnomer) and motives. We might do something for reasons that we are unaware of.

These unconscious thoughts often came from suppressed (hidden) aspects of our personality like the Id, or from buried traumas deep in our past. The purpose of psychoanalysis was to talk through these issues and to help patients come to terms with every aspect of their personality, to prevent them coming out in destructive ways (i.e. creating psychoses).

The problem was that Freud linked almost every issue back to sex. Not only that, but there was no real evidence for the existence of ‘suppressed’ memories or desires. The biggest sin of all is that psychodynamics are completely unfalsifiable. They can’t be disproven, meaning they can’t be subjected to the scientific method.

So, perhaps in a backlash to this, we got behaviorism. Behaviorism looked at the subjective human experience as being an entirely learned one, accomplished through conditioning. Conditioning and reinforcement meant that the brain would learn to associate two things if they consistently occurred together. So, if you consistently experienced being punched every time someone gave you a grape, you’d learn to cringe at the sight of grapes.

The most famous experiment demonstrating how classical conditioning could work, was Pavlov’s dog experiment. Here, he managed to train dogs to drool at the sound of a bell.

So how might complex human behavior arise from such a basic premise? It would occur through layering these different experiences on top of each other. As infants, we might reach blindly and find that something gets passed to us. In doing so, we learn to associate reaching with reward and learn the basis for communication. Further interactions with caregivers and others might help us to develop more complex patterns of behavior and communication.

Likewise, we could learn to walk simply by repeatedly stumbling and falling. We thereby learn to fear certain sensations and to gravitate toward others.

Behaviorists admitted that a particularly traumatic single event could much more rapidly increase this learning process. So, a phobia might be learned either by repeat reinforcement to create an association between a stimulus and a negative consequence, or it might be learned through one traumatic event. But the fact remains that it was learned and the behaviorist approach to treating this condition would be to help the patient ‘unlearn’ that link through ‘re-association’ or ‘disassociation’.

Behaviorism is an appealing theory because it is simple (satisfying the rules of ‘Occam’s Razor’) and because it provides tangible results that are easy to repeat. But there is a fair bit missing. Behaviorism boils all of the h uman experience to simple learned behaviors, learned through nothing but repetition. This suggests that there is nothing more to a human than the ability to simply rote learn skills and behaviors. That our awareness is an illusion or a mere emergent property. And that our personalities are completely malleable.

Most of us would object and say that we have some kind of internal experience. And behaviorism would need something to that effect if it was going to explain why someone might have a phobia of a snake without ever seeing a snake, or how factors like our memories or context would impact on our behavior.

Enter cognitive psychology, or to use its full title, cognitive behavioral psychology. This school of thought takes behaviorism and then it layers on top a ‘cognitive’ element – an inner experience. In other words, it explains that our thoughts and that our emotions can actually end up influencing our perception of events and also creating new associations of their own.

So, if you continually tell yourself you are going to get laughed at if you try speaking in public, then you can actually cause yourself to learn to fear public speaking… even without actually having a bad experience of any kind!

CBT might approach a phobia by using reassociation methods then, but it would also look at the cognitive element – by looking at how someone might think about a stimulus or a situation (using mindfulness) and then teaching them to deconstruct those beliefs and to assume more constructive and helpful narratives. This can also be useful for addressing things like depression, low confidence and more.

CBT is incredibly powerful because it has been shown to get tangible results without even requiring one-to-one meetings between a therapist and a patient. They can accomplish wonders themselves simply by following written instructions!

Alongside all of this development was increasing understanding of the human brain and how it operated in a physical sense.

With Darwin’s theory of evolution came an evolutionary perspective on psychology – the understanding that all behavior must have evolved and must therefore be adaptive to our survival. This is very apparent when it comes to our motivation and our desire for food, sex and shelter but even more complex behaviors can be seen as directly aiding our survival or being a by-product of an adaptive trait.

If you’ve read the full book then you will know by now about neurons and neurotransmitters. The connectome (web of neurons) and brain plasticity can be seen as perfect physical representations of behaviorism in action. Neurons that fire together, wire together. So when Pavlov repeatedly rang that bell while serving up food, the dogs learned to associate the bell with food because they created new neuronal connections.

And we can even explain how some interactions might more rapidly lead to those connections forming – because highly traumatic, exciting or subjectively important events will trigger the release of neurotransmitters such as dopamine, norepinephrine and cortisol and these strengthen new connections and increase their likelihood of forming in the first place.

We can also explain how you might learn by watching (called vicarious reinforcement) – thanks to the role of ‘mirror neurons’ which fire when we see something else happening.

But what is the biological basis of cognitive psychology? What is actually happening in the brain when you visualize? Or when you ruminate?

The fascinating thing that we now know, is that you actually cause areas of your brain to light up as though you were engaging in that activity. If you visualize going running, then your brain lights up as though you are running. Thus you can actually trigger reinforcement through your ruminations and your thoughts. You can thereby learn and even alter your personality, simply by changing the course and the nature of your thoughts. And therein lies our power to heal ourselves and to hack our brains for even greater cognition.

An even more exciting theory that explains this further is something called ‘embodied cognition’.

Embodied cognition effectively explains how we think, how we understand language and what makes us human.

Psychologists once explained this away by making the assumption that language or thought would be translated into some kind of ‘base’ code for the brain, some kind of innate language that the brain understood. They gave this the name mentalese, but made no attempt to explain what this might look like or how it might work.

Embodied cognition however suggests that this essentially amounts to visualization. So, when you read something, you light up areas in your brain to experience what is being said. So, if you read a story, you picture the characters. If someone explains a concept to you, then you use your experience of the world to build a representation of it – by simulating that thing happening in your mind’s eye.

Even something abstract like math is only possible for us to understand because we have interacted with the world around us and because we have experience of counting objects, of visualizing quantities. In fact, some people with synaesthesia will even see visual representations of numbers as they perform the math. And it should come as no surprise that the maths areas of our brain are situated closely to those associated with movement and spatial awareness.