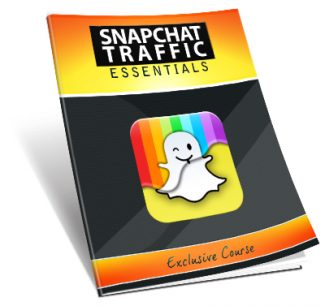 It’s all too easy to overlook Snapchat as a social media platform that doesn’t really matter for business or marketing. After all, there’s no real way to discover new people to follow, the content doesn’t ‘last’ and it’s generally less geared toward marketing than something like Facebook or Twitter.

Or at least that’s the opinion of many business owners. In fact though, overlooking Snapchat for its marketing potential is a huge mistake. Let’s take a look at why…

If you’ve had your ear to the ground, then you may have heard the buzz about live streaming. Live streaming services are quickly becoming incredibly popular thanks to their ability to allow direct and live communication between a brand and its followers. But in fact, Snapchat has been providing something very similar for a long time.

Snapchat allows you to update people about your trip to another country, it allows you to invite people to watch the public unveiling of your new product or service and it allows you to share a joke as you’re coming out the shower. This kind of personal communication has the power to create much more engagement, familiarity and trust. And if you look at the big names on Snapchat – like Arnold Schwarzenegger – then you’ll be able to easily see how it can be used to great effect.

It Has Incredible Engagement

Yes, Snapchat’s ‘instant’ nature gives it the potential to greatly increase engagement. And in reality, that’s exactly what it does.

According to a post on Huffington Post, a Snapchat user with 1,000 followers can expect 900 of those followers to watch each video. That’s huge! And this is in comparison to the far smaller amount of engagement you see on Facebook or Email. Email open rates are 25% when they’re at their very best and on Facebook, most of your followers won’t even have the option to see your posts unless you pay for them. The Filters Are Awesome (And Often Times Relevant)

Snapchat’s latest big feature is its filters. These are not only an excellent accomplishment in terms of the sheer coding expertise (this is an example of ‘computer vision’ which is very difficult to pull off) but they’re also brilliantly viral. It’s not uncommon to see screenshots of these filters popping up all over the web! So you're probably asking by now, how do you get started by actually building a following beyond just asking people to follow you...

So how do you build your following on Snapchat?

Simple: you start creating a compelling story and post multiple times per week at least (ideally, you’ll post multiple times per day). Then simply make sure that you download a couple of those and share them on other platforms like Facebook and Instagram along with your Snapchat username. This way, you can show your fans what they’re missing and give them the opportunity to follow you more closely! You can also promote your Snapchat through your blog posts, your website and blog posts. Of course you need to ensure that the clips you show are engaging and exciting enough to attract more users.

You may not realize this but when Snapchat first burst onto the scene, it wasn’t exactly an impressive feat of engineering. What made Snapchat a hit was the simplicity of its idea and how much fun it was possible to have with the selfdestructing messages it created. But in terms of programming, this was a very inefficient app that would eat up your CPU even when not in use.

Then Facebook offered to buy the company for $3 billion and everyone was incredibly surprised when the CEO said no. And for a while it looked like a big mistake. But now Snapchat is back. The lenses that came with the 2.0 update have been setting the world on fire and actually the code on display here is absolutely incredible. Moreso than you may well realize. Read on to find out why.

Why the Lenses Are Amazing

In order to activate a Snapchat lens, all you need to do is to tap on your own face and then hold it for a second. A mesh will then appear around your facial features and this will map you to allow you to start seeing the filters applied in real-time. And what you’ll find is that this is actually quite amazing. Why? Because it is mapping your face in real-time which takes some very impressive coding skills. The way this works is through something called ‘computer vision’. That means that the software is able to look at a photo of your face and then map the contors of your facial expression – knowing what expression you’re pulling, which direction you’re looking, how far away you are from the camera and more.

This, by the way, is incredibly impressive.

What is Computer Vision?

Another example of computer vision is the way that an Xbox Kinect is able to read your body in space, or the way that a car is able to drive itself by detecting what’s in front of it or behind it.

But in both these cases, the devices in question use additional sensors which can scan the depth of the environment. These include infrared and multiple camera arrays to create depth of field.

But in the case of Snapchat it’s using only a single camera. And that camera isn’t even a particularly good camera – this works with even a low MP front-facing camera.

To give you an idea of how breakthrough this is, the technology is impressive enough to potentially change the way we interact with virtual reality. Using a Gear VR it is currently possible to look around but not to walk around. This is because the Gear VR can’t detect whether you’re moving forward or backward because it has no sensors capable of doing this. Palmer Luckey says that this would never be possible with a regular phone.

But using the technology available right now and on display in Snapchat, it would be possible for the Gear VR to do exactly that with its front-facing camera.

So in short this technology is very much right at the cutting edge. And it’s being used to give people dog tongues. That’s the internet for you!

How To Actually Build A Following On Snapchat (For Traffic)

Snapchat remains one of the most important social media platforms to promote your brand on. This is something that many marketers and businesses don’t realize however and often it is overlooked as a channel. There are several reasons for that but one of the biggest reasons is that it’s not so obvious how Snapchat marketing actually works.

If you look at Facebook, this is incredibly easy to understand right away. Facebook marketing involves posting things to your Facebook wall, which in turn will be seen by all your followers. And if some of those followers should like your content or share it, then it will also be seen by their connections on Facebook and thus your following will grow.

The problem with Snapchat is that it doesn’t have a wall or a homefeed and there is no way for people to discover you if they’ve never heard of your brand before. So how can you go about growing your following? And what use is there in posting?

Growing on Snapchat – The Answer

Of course this is a very short-sighted view. Suffice to say that Snapchat would not be the global phenomenon that it undoubtedly is today if it didn’t have any means for users and brands to increase their audience.

So what do you need to do? The answer is simple: you promote your Snapchat on other platforms and that way build interest for people to actively follow you. And the simplest way to do that is to download some of the content you are creating for the social tool and then to share that elsewhere – on Facebook for instance, or on Google Plus. The idea then is that people see this, think it looks great and thereby realize what they’re missing and are motivated to find out more.

This is something that Arnold Schwarzenegger does very well. He updates his Snapchat regularly and that way manages to maintain a very close relationship with his audience on the channel. His fans get to come with him to visit the locations where he might be shooting or promoting his latest movies and they get to see humorous videos of him doing his best quotes.

Every now and then he simply posts this to his Facebook following with the message ‘follow me on Snapchat’. Each time he does this, he’ll undoubtedly get a ton more followers on Snapchat.

This same method works on every single other social media platform and it will likewise work if you promote your Snapchat on YouTube or through your blog directly.