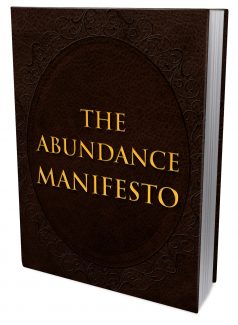 “Summoning gratitude is a sure way to get our life back on track. Opening our eyes to affirm gratitude grows the garden of our inner abundance, just as standing close to a fire eventually warms our heart”

Ever heard of a certain short story of a woodcutter who accidentally dropped his old axe deep in a lake one evening? Poor guy isn’t a swimmer. All he could do is fixing his despaired gaze on his sinking axe until it disappeared into the depths of the lake.

The axe was his only tool for earning food and shelter for his family. His long hard struggle is nothing without the assistance of his axe. Now that it is gone, it will take him days to make a new one or even buy one. The sunken axe has been with him since his starting day as a woodcutter and he thanked it for all the hardship they’ve gone through. More so, it has been around since his father’s lumbering days. As he was muddling in his own thoughts, the lake bubbled with flashes of light coming out from it.

The woodcutter was shocked at the sight of a water creature emerged from it. The creature assured him that it meant him no harm and wish only to seek confirmation of a certain axe that fell on the lake where it resides. It was holding 2 axes, one is a striking golden axe and another is a used, battered looking axe. He told the water creature that his axe was the old one and thanked the creature for returning it for him.

Touched by his honesty and sincerity, the creature gave him the golden axe as a gift. At first the woodcutter refused the creature’s offer, afraid that there might’ve been something that it would want from him in which he couldn’t afford in return.

However, the creature convinced the woodcutter to accept it as a remembrance for all the sacrifices and good deeds he has gone through all these years with humility and patience. Overjoyed by the creature’s sentiments, he accepted it wholeheartedly and promised himself to remember this day. The day where his long-years of struggles was rewarded.

For once in your life, you would like to feel the magic of receiving wealth beyond your wildest dream for all the struggles you have gone through. But as much as you want it to happen, things won’t necessarily go your way.

As for our woodcutter, should the water creature not emerge from the lake to offer him a reward for his honesty; he will lose his dear axe for good. Worse, his only means to earn money for his family. But it did, and gave the amount of gift it dubbed equal to the woodcutter’s patience and perseverance.

Remember the first paycheck of your life?

Try to recall the excitement and exhilaration when you first cashed out the money. The excitement of earning money using your own hands gives a much more personal meaning to it. However, it doesn’t come without ample obstacles and struggles. This includes your attitude towards accepting the money as well. Why is it some people who struggled as much as you do didn’t receive what they deserve? Has this happened to you, your close friends or family members? Do you know what caused it mostly?
Within the next pages of this book, you will uncover the one true manifesto of your abundance. It is more than just your well-known struggle but it starts as early from the way your mind commanding your nerve system to act upon it.

This command is highly influenced by the result of conflict between your mind and your heart. Slowly, you utter words reflecting your feelings and eventually you act the way you are feeling now.

MANIFESTO 1: THE VOICE OF YOUR MIND

“There is a lie that acts like a virus within the mind of humanity, and that lie is, “There is not enough good to go around. There’s lack and there’s limitation and there’s just not enough.”

The path to great wealth and health starts from within. It hinges especially to your acceptance to the world around you. The result from the positive outbreak of your mind is a clear definition of what you desire from and for the world. Rather, the world itself will find you worthy of your altruist mind. Slowly, all the abundance in the world will open itself up to you.

You see, our mind is made up of constant rewiring of our thoughts, past experiences, expectations, actions at every second, minute and hours of our life. The ‘final product’ of our thoughts is the one in charge of the further reaction towards everyone around you.

Let’s start with when you first wake up for today. This would be one of the simplest things for you to do. All you need to do is to utter gratitude into your mornings. It is true when people say how the very moment you open your eyes to confront the day ahead of you highly influence your activity throughout.

Waking up to a silent, happy prayers or routine helps your subconscious mind to react positively to the days ahead. You won’t even have any room in your mind left to spare for all the negativity that you might’ve accumulated yesterday.

Why should you even have one if you are so focused on searching for something greater than yesterday. Life continues to those who believe in themselves; believe in their own capability that they are worthy to feel good every day. Of course, there are days when you feel like it should just stop because no matter the amount of motivation you feed yourself, your optimism continues to deplete.

Trust me when I say it is all because you started your day feeling lesser than you should be. You are demotivated by the upcoming day that you don’t even know what’s going to happen. Rather than breathing in all the goodness around you, you let your mind trapped within your own uncertainty.

Remember, your mind is the inquisitor of your actions. If I’m to exaggerate it, our mind is the all-seeing eye of our knowledge and physical capabilities. It can control us and bind us to our demise if we do not feed it with ‘magical’ ingredients surrounding us.

Remember your first, “what do you want to become in the future?” question back in middle school or kindergarten? Most of the initial dream you wanted to be back in the days changes gradually.

Some still believe that they could achieve their dream and that’s great. But that is the start of everything is it not? You wanted so much to project to your future according to what your mind told you to.