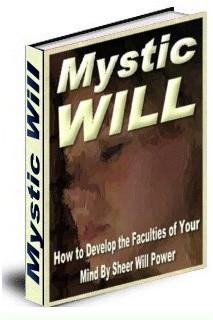 ‘Twas wisely said by Plato, when he called Memory “the mother of the Intellect,” For knowledge is to wisdom what his realm Is to a monarch—that o’er which he rules; And he who hath the Will can ever win Such empire to himself—Will can do all.

There is nothing in which the might of the Will can be so clearly set forth as in the making of memory. By means of it, as is fully proved by millions of examples, man can render his power of recollection almost infinite. And lest the reader may think that I here exaggerate, I distinctly assert that I never knew a man of science, familiar with certain facts which I shall repeat, who ever denied its literal truth.

As I have already stated, there are two methods, and only two, by means of which we can retain images, facts or ideas. One of these is that which in many varied forms, which are all the same in fact, is described in the old Artes Memorandi, or Arts of Memory. There are several hundreds of these, and to the present day there are professors who give instructions according to systems of the same kind. These are all extremely plausible, being based on Association of ideas, and in most cases the pupil makes great progress for a short time. Thus, we can remember the French for bread, pain, Italian Pane, by thinking of the pan in which bread is baked, or the difficult name of the inventor, SSCZEPANIK (pronounced nearly she-panic) by thinking of a crowd of frightened women, and which I remembered by the fact that pane is the Slavonian for Mr. or Sir. For there is such a tendency of ideas to agglutinate, and so become more prominent, as we can see two bubbles together in a pool more readily than one that we can very soon learn to recall many images in this way.

But after a time a certain limit is reached which most minds cannot transgress. VOLAPUK was easy so long as, like Pidgin-English, it contained only a few hundred words and no grammar. But now that it has a dictionary of 4,000 terms and a complete grammar it is as hard to learn as Spanish. It invariably comes to pass in learning to remember by the Associative method that after a time images are referred to images, and these to others again, so that they form entire categories in which the most vigorous mind gets lost.

The other method is that of direct Memory guided by Will, in which no regard is paid to Association, especially in the beginning. Thus to remember anything, or rather to learn how to do so, we take something which is very easy to retain—the easier the better—be it a jingling nursery rhyme, a proverb, or a text. Let this be learned to perfection, backwards and forwards, or by permutation of words, and repeated the next day. Note that the repetition or reviewing is of more importance than aught else.

On the second day add another proverb or verse to the preceding, and so on, day by day, always reviewing and never learning another syllable until you are sure that you perfectly or most familiarly retain all which you have memorized. The result will be, if you persevere, that before long you will begin to find it easier to remember anything. This is markedly the case as regards the practice of reviewing, which is invariably hard at first, but which becomes ere long habitual and then easy.

I cannot impress it too vividly on the mind of the reader, that he cannot make his exercises too easy. If he finds that ten lines a day are too much, let him reduce them to five, or two, or one, or even a single word, but learn that, and persevere. When the memory begins to improve under this process, the tasks may, of course, be gradually increased.

An uncle of the present Khedive of Egypt told me that when he was learning English, he at first committed to memory fifty words a day, but soon felt himself compelled to very much reduce the number in order to permanently remember what he acquired. One should never overdrive a willing horse.

Where there is a teacher with youthful pupils, he can greatly aid the process of mere memorizing, by explaining the text, putting questions as to its meaning, or otherwise awaking an interest in it. After a time the pupils may proceed to verbal memorizing, which consists of having the text simply read or repeated to them. In this way, after a year or eighteen months of practice, most people can actually remember a sermon or lecture, word for word.

This was the process which was discovered, I may say simultaneously, by DAVID KAY and myself, as our books upon it appeared at almost the same time. But since then I have modified my plan, and made it infinitely easier, and far more valuable, as will be apparent to all, by the application of the principles laid down in this book. For while, according to the original views, Memory depended on Will and Perseverance, there was no method indicated by any writer how these were to be created, nor was energetic Forethought considered as amounting to more than mere Intention.

Now I would say that having the task selected, first give energetic forethought, or a considerate determination to master this should precede all attempts to learn, by everybody, young or old. And when the lesson is mastered, let it be repeated with earnestness and serious attention before going to sleep, with the Will that it shall be remembered on the morrow. And it will be found that this process not only secures the memory desired, but also greatly facilitates the whole course and process.

It is to be noted that by this, or any process, we do not remember everything, but only what is first considered and measured by Forethought. Also that by it the Memory is never overcharged at the expense of Intellect, for the exertion of will in any way strengthens the mind. To explain the immense power which this all implies, I observe.