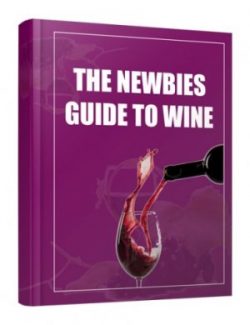 The history of wine making and drinking goes back several thousands of years. Early civilizations discovered the process of fermentation. The exact date remains unknown. It is known, however, that by 7,000 B.C. cultivated vines were growing in the region of Mount Ararat and in Asia Minor. Successive civilizations continued to develop on the process of growing and making and storing wine. Irrigation systems created by the Sumerians around 3500 B.C. helped water the vineyards of Mesopotamia and other arid lands. The Assyrians, The Babylonians and the Egyptians continued the trend.

Between 750 and 450 B. C., the Romans refined wine growing techniques and processes. Pruning, fertilization and reduction of acidity owe much to the Romans. Pliny the Elder recorded much of the Roman farmers’ practices in this field of agriculture. He classified grapes and recorded the terminology for future generations. The Romans are also responsible for spreading wine culture throughout their empire. Soon, the “provinces” of Hispania (Spain), Gaul (France) and Germania (Germany) – to name a few, were growing grapes for wine making. Even England was learning about wine making. The Roman legions stationed there would trade wine for woolen cloaks and cloth.

Between 500 A.D. and 1400 A.D., the Christian Church began to seriously cultivate land for their own purposes. They needed sacramental wine. Monasteries oversaw large segments of land devoted to growing grapes. Monks made basic vintages, but they also began to experiment, improving upon a basic product. They recorded their work for posterity.

During this period, wine and other spirits were common beverages. Water was not always potable. Wine usually was. Some countries, however, could not grow grapes or produce wine. As a result, trade increased between the haves and the have-nots. The result was a lucrative trade around the European world. Wars arose, some based on cornering and/or controlling the market on the wine-trade.

The Italian Renaissance (15th century) introduced further developments. Wine was refined. It was becoming a culture unto itself. Vineyards flourished and new techniques continued to grow in proportion to the expansion of area devoted to this crop. The wine trade continued to be lucrative. In Elizabethan times (16th century), the Lord who had the rights to the wine trade was indeed a wealthy man. Dom Perignon, a 17th century Benedictine Monk, refined the art of wine making. He did not discover champagne, but he made it his own.

The colonization of the New World and other countries such as Africa, Australia, spread the concepts of wine making and growing still further. Regions throughout the world began to experiment in growing grapes. Some met with greater success than others did. During the periods following the Industrial Revolution and the First Great War, the New World Wines began to make inroads. The concepts of cheap wine and the need to classify, label and authenticate wine began to evolve.

Today, quality wine growing and cheaper wines both flourish. Each has their own market. Some wines are only for those who truly know their product. The current situation embraces all levels of quality. There are wines for connoisseurs as well as jug wine. You can purchase wine in a bag or in a bottle. The label may bear the name of an ancient and respected vintner. The bottle could also be labeled with a cute little animal. Wine may be fashionable, international and still be unpalatable. It can be local and delectable. Sometimes, this is a matter of taste; sometimes, it is simply a question of education.

This book will act as a guide to help you exchange your Newbie status for that of a more refined one. It will not make you an expert and certainly not an oenophile. That is something that requires years of tasting and practice. Yet, even the experts had to start somewhere on what can be a very pleasurable journey. In this book, we will start with the basics, including the answer to that oh so important questions, “what is wine?”

Before you can decide what wine to serve with what or attend a tasting, you really need to understand some of the very basics on the subject. You should understand what wine is. You also could do with understanding the basic process of wine making. This includes understanding the major varieties of grapes used in the process.

Wine 101 also includes comprehension of the major types of Wine. This process involves understanding the various approaches to defining or classifying wine. They range from color to taste. This chapter will begin at the beginning with a definition of wine.

The simplest way to define wine is this. Wine is the fermented juice of wine grapes. Fermentation is when the sugar present in grape juice becomes, through the actions of yeast alcohol. In this totally natural process, the grape juice becomes wine.

Fermentation can and does occur naturally without human intervention. The weight of grapes in a barrel can crush the fruit into juice, ferment and create wine. Yet, over the 8,000 years or so wine making has been around, humans have become involved in the process. The viticulturists have worked to create the right or ideal type of grapes for producing the best varieties of wine.