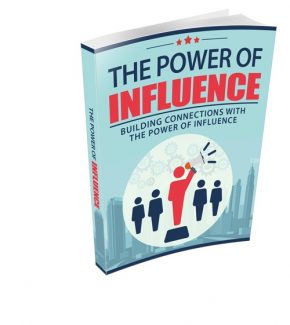 We learned in school that human beings are social creatures, just as ants or bees are. We cannot live in solitude. We have to live in company of other people. People who live in desolation are considered to be aberrant and the world does not take to them kindly. At the same time, people who live in the company of others do not always know how they can make the most of it.

Human beings are often described as social creatures. We are almost never found alone, and even when we are physically alone, we are constantly thinking about other people in our lives. When was the last time you thought of a plan that did not include anyone else? When was the last time you saw a dream in which there were no other people but you? It does not happen that way with us. Everything that we do, consciously or otherwise needs to have other people in it. That is the way nature has ordained us to be.

From the point that we are born till our last breath, we want people to be around us. Maybe the only time in our lives when we do not want people to be with us is when we are sleeping, but even that is not entirely true, is it? Even when we sleep ‘alone’, we want other people to sleep in the same room as us. How many people should I tell you about who would not get a wink of sleep at night if they had to sleep alone in a room!

But, what I feel most amazing about this socialness of our behavior is that we can induce habits in other people. The way we live—the social part of our living—influences other people whether we want that to happen or not. It actually brings about a change in their lives, however small that might be.

There was a phase in my life when my family was living in a lush countryside, verdant with all the green one could find. This was an idyllic place to live and I really enjoyed the few years I spent in that sylvan retreat. Now, everything was truly mesmerizing about that place, but there was one thing that irked me in my initial days there. I always like to start my mornings with a hot cup of coffee and a crisp newspaper that still carries the smell of the printing press to read. It is just my habit. I am not very fond of getting to know what’s happening in the world outside—I rely more on the Internet for that—but the newspaper is a childhood habit that I cannot break even now. So, when I was living in that beautiful house, everything was quite sufficient for my needs, but my regular supply of the newspaper was brutally truncated. No newspaper vendor could foot it out that much just to deliver a paper to my house, though the nearby village had a good supply of it.

When I could take it no more, I went out to the village one evening and found out the newspaper delivery boys in the area. I spoke to a few of them and asked them to deliver a newspaper to my house. It took some convincing and even then the first few of them refused. But eventually, I managed to find one guy who agreed to come there every morning to deliver the newspaper.

Next morning was pure heavenly bliss. I have another nasty habit—that of waking up at 6 a.m. on the dot each morning, and by 6:15, this fellow was cycling up to my driveway and plopped the newspaper, perfectly aimed at my porch. Coffee tasted better that day.

In the three months that I stayed there after that, the boy did not miss out a single delivery. Perhaps I had convinced him too much, telling him how I could not start my day well without reading the Daily Times. Anyway, the Good Lord bless him, he never missed a day.

On the day of my moving out, I made it a point to meet him in the morning, take his last delivery to my house personally and I cleared his dues. He went without a word.

A few weeks later, I happened to visit that village again. I chanced into that young chap. He was looking older already—young boys have an amazing way of looking different every week. I asked him how he was doing. What he said floored me.

He said that my moving out had taken a huge toll on him. Seeing that I was nonplussed, he told me how my habit of needing the newspaper early in the morning forced him to get up even earlier than that, and how that helped him revise his college lessons (he was learning to be a doctor). He said that it had become a habit for him to get up on the dot, cycle out to my place with the newspaper, deliver some other newspapers on the way, and then go right home and start studying. After I left, he did not need to get up that early, and because of that he became lazier about his sleeping patterns. He started getting up later and later each day (his mental clock told him constantly that he did not need to get up early) and slowly he gave up delivering newspapers altogether. Eventually, he reduced his studying hours as well.
I was amazed at what he told me. I did not know how an idiosyncrasy of mine could create a habit in someone else.

This little incident told me that everything that we do… without exception… has an impact on people around us.

Think about it. Don’t people in your home do things for us, and in the process develop their own habits? A mother who gets up early to prepare her son’s school lunch is altering her habit because of her son. If you wait for someone to go to the gym together, then you are changing your habit according to their routine. And, don’t even get me started about the relationships of love where people change themselves for each other so dramatically that there is no concept of individuality at all.