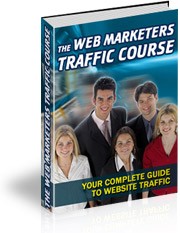 People tend to notice graphics quickly where they will overlook text while skimming a page. I am a “skimmer” myself, so if a headline doesn’t catch my eye or a graphic banner doesn’t look interesting to me, I won’t give it a second look.

Using banner exchanges are a little bit more difficult only because of the code necessary to make them work. Most people prefer to link to the images that your banner uses instead of storing those images on their server. This is because they prefer to save their space for their own images and pages. When doing a banner exchange, you have to make sure that your link in the code goes to the actual file that is your banner image.

Everything else using banner exchanging is just as simple as using a link exchange. You need to follow the same principles outlined above as well as make sure to organize your banner exchanges too. There are “banner farms” just as there are link farms and you can fall into the same problems with them.

There is one potential downside to Banner exchanges, bandwidth theft. Here’s an example: A Banner consists of a regular HTML based hyperlink, just like a text link, and a graphical photo or picture. Suppose you have a really nice banner, and you and another webmaster agree to do a Banner Exchange.

The picture that represents your graphical banner can be small, medium, or large in size depending on the resolution, size, and complexity of the graphics it contains.

When you send your banner to the other webmaster you will, more than likely send him a snippet of HTML code to include on his link page and the appropriate graphic to accompany it. He should also send you the same.