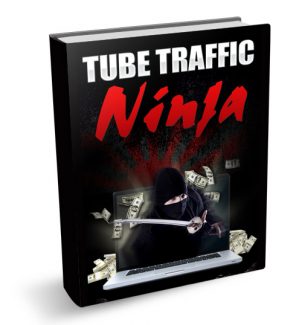 Let’s face it… we all love YouTube. We’ve spent countless hours watching chubby babies giggle, cats do tricks, and that kid named David chatter after a visit to the dentist.

Perhaps you’ve taken your love of YouTube to the next level and started your own YouTube channel. It sounded like a great way to boost your business, right?

The only problem is that making videos is only one part of the process. Then comes the hard part: actually getting people to watch your videos.

If you have ever wished you could figure out the secret to make your YouTube videos a success, I have good news. I’m about to show you how to take your YouTube channel to a whole new level.

Did you know that YouTube is the second largest search website on the entire Internet? YouTube gets more daily searches than Bing and Yahoo. In fact, there is only one search engine that gets more action.
You probably already guessed it! That’s right, it’s Google.

Of course, you may already know that Google actually owns YouTube. Because they are operated by the same folks, you can enjoy some pretty amazing rewards from both if you play your cards right.

But before we get too deep into the relationship between

YouTube and Google, let’s get back to the basics and make sure you have a good understanding of how YouTube works and how you can use it to your advantage.

If you want to know how to optimize your business for the Internet, the key is to stay ahead of the trends. If you can predict the future of Internet marketing, you can beat your competition to a great marketing strategy and enjoy success while they are still figuring out how to catch up.

That’s why YouTube is crucial. Video is going to be the future for Internet marketing. Cisco predicts that by 2015, at least 90% of web traffic is going to be video based.

Right now, 60 hours of video is uploaded to YouTube every minute. That means 1 hour of video goes up every second! Obviously, people are crazy about YouTube!

The growing industry of online video is nothing to be laughed at. Sites like Netflix and Hulu are pulling in mass quantities of people too.

Many people are abandoning cable television or expensive satellite programming in favor of watching their favorite shows and movies online.

With that in mind, YouTube marketing is a safe strategy to make sure your website gets ultimate visibility both now and in the future.

If you think you have time to figure out how YouTube

really works, think again. We’ve reached the tipping point where more and more people are going to do video searches and it’s time to cash in on this new wave of technology.

If you put it off, you’re going to be too late. You need YouTube marketing and you need it NOW.

By jumping in and learning the logistics of making YouTube work for you, you’re going to be way ahead of your competition when they finally figure out what’s happening and try to join the YouTube movement.
Chances are that your competition is still worrying about how to get their website to hit the #1 spot on Google searches. But here’s the thing… you can grab a top spot with an amazing video and you can do it with much less effort or expense.

Remember, Google and YouTube are friends! They work together so you can harness the power of this team and make it work for you.

When you start using YouTube properly, you will see a huge rise in your rankings with Google and it won’t take long. In fact, it could happen almost overnight.

Why is that #1 spot so important? It’s the key to unlocking thousands of organic searches. When someone does a Google search, research shows that they click on the top result 36% of the time. The second spot gets 12% of clicks and the third gets 9%. From there the numbers drop considerably for each position. If you aren't on the first page, you might as well not exist these days.

Now if you think you can beat the system by paying for Google AdWords, you’re wrong. Paid results that show above the top search result still only receive around 5% of the clicks. It’s definitely no substitute for ranking at #1 the good old-fashioned way!

Imagine what it would be like if you could not only rank #1 on Google, but have a video that ranked #1 on YouTube too? You would now control prime real estate on two of the most popular search engines in the world!