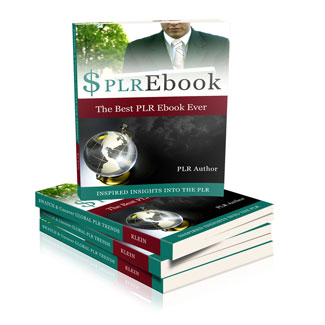 1. The very first thing you need to have on your video is a strong headline which encourages people to watch the remaining video and stay for longer.

This is very important because you need to create interest and some curiosity from the very start and tap into the mind of your potential customer otherwise most people will not hang around for long and your conversions will suffer badly.

So…. It all starts with the headline in your video.

The headline I use for my sales video is:

“Who Else Wants to Create their own Highly Profitable List Building Machine that Sends you Hoards of $7 - $47 payments all on 99% auto-pilot?”

The type of traffic that I generate to this sales video are all interested in list building so when they see this main headline they are instantly curious and many people stick around to at least find out more.

If you were creating a sales video for something to do with losing belly fat it could read something like this:

“Who else wants to Lose Belly Fat, Build Muscle and Sculp the Body of Your Dreams in only 30 mins a Day?”

This sales video formula would work in any niche as long as you follow the fill in the blanks template below.

This is the script for my sales video:

Hey it’s Paul here and I’m super excited because today I have a very special announcement for you so you need to keep your eyes Glued to this video because I’m about to share with you how a very select group of people are going to get the opportunity to get an exclusive behind the scenes the look at my exact highly profitable list building system.

With your permission I would like to invite you to watch over my shoulder as I show you the inner workings of my complete list building system and how I’m able to generate hoards of $7 - $47 payments all on 99% auto-pilot.

And no this is NOT some garbage push button secret software, this is a system that I hear very few people talking about.

Now I do realize that being able to generate hoards of $7 - $47 payments all on 99% auto-pilot may sound like a bunch of BS, without knowing the details of this technique I would be skeptical too but when you hear the details in just a moment you’re going to be pleasantly surprised at just how easy it can be to create your own highly profitable list building machine and start generating income in as little as 12 hrs.

As you probably know there’s nothing more profitable than having your own list unfortunately most people never end up building a list because they think it’s too difficult or too technical.

Lots of people spend weeks, months even years trying to build a list and make money, in fact this is exactly what I went through when I first started trying to build my own profitable list.

Months of late nights, plenty of coffee and me racking my brains trying to figure out how the hell I was supposed to build a list and make money.

And yes I did end up building a list but for the amount of hours I was putting in and the amount of profits and money that I was making when I was building my list it was “pretty embarrassing” to say the least.

It became quite clear to me that dreams of the internet life style were going to be a distant fairy tale if I didn’t figure out how to build a list and make good money a whole lot faster.

Fast forward a year later and I have now discovered a simple formula for creating a highly profitable list building formula in record time.

Since discovering this simple list building formula I am now able to set up list build systems that generate $7 - $47 payments on demand while working on 99% auto-pilot.

With your permission I would like to invite you to watch over my shoulder as I show you how to do the same.

And they’ve been getting incredible results and I’m going to show you how to create your own highly profitable list building system that works on 99% auto-pilot.

But fortunately you’re NOT going to pay anywhere the price that my 1 on 1 coaching students are paying. I know that not everyone can afford to work with me personally so I’ve taken all of the information from my $127 per hour coaching program and put it into a video based interactive training program designed to turn YOU into a list building machine.

And I think the price will truly surprise you, we’ll get to that in just a moment.

But first I’m going to give you the details of exactly what you’re going to get when you claim your spot inside this interactive list building video series.